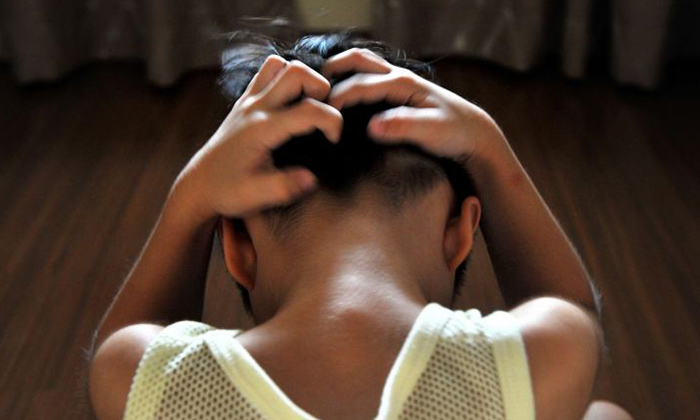 A maid lost her patience while feeding her employer's three-year-old twins and pinched the left ear of one of the boys when he dribbled and some food fell onto his T-shirt.

Filipina Fallorina Joann Marie Gayares later shouted at the child before flicking his head with her finger. Her acts were captured on a closed-circuit television (CCTV) camera and the boys' mother alerted the police after viewing the clip.

Gayares, 25, was sentenced yesterday to four weeks' jail after pleading guilty to one count of ill-treating the boy. A similar charge involving his twin brother was considered during sentencing.

The children cannot be named due to a gag order to protect their identities.

The boys' father had employed Gayares last year to work for the family in their home in the northern part of Singapore.

There were several CCTV cameras installed in the home, and the boys' mother decided to view the clips more frequently as she suspected that Gayares had been handling the twins in a rough manner.

On April 15 this year, the mother told Gayares that she and her husband would not be coming home for dinner.

Through a mobile application, the mother viewed the live CCTV footage at around 6pm and she saw Gayares feeding her sons in the living room.

She then poked the boy's chest once, the DPP added.

After the boy dribbled and some food fell onto his T-shirt, the maid stared at the child, who flinched when she pinched his left ear.

The DPP added: "The accused then raised her elbow and gestured towards the victim as though she were going to hit him, causing the victim to flinch again."

After that, she leaned in close to the boy and shouted: "Swallow."

She also flicked the boy's head with her finger before telling him: "Come here, I change you."

She then walked out of the living room with the child following her.

The boys' parents returned home immediately after viewing the footage and confronted Gayares.

The mother alerted the police at around 7pm and the boy was later taken to KK Women's and Children's Hospital.

No injuries were found on him and he did not complain of any pain.

Gayares, who was unrepresented in court yesterday, pleaded for a light sentence.

For ill-treating the boy, she could have been jailed for up to four years and fined up to $4,000.

Related Stories
'Master's degree holder' responds to ad offering $600 for maid, calls woman 'pauper doggy woof woof'
Maid says employer didn't stop her from standing on glass awning to clean it, was told to do it when it rained to "save water"
Second maid rescued from ledge of Bendemeer flat in 3 months, gets arrested
More About:
court
jailed
maid
abuse
child
child abuse