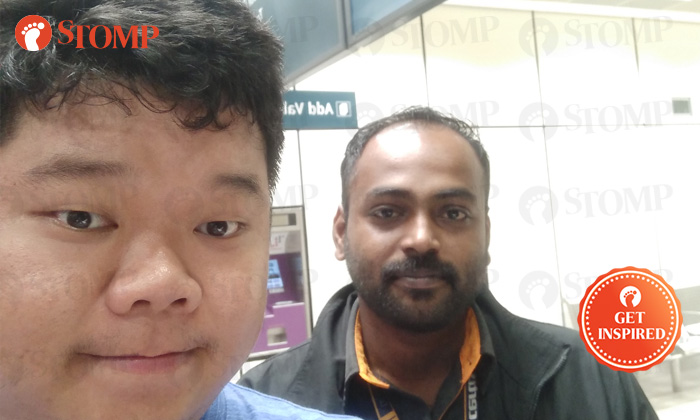 Although his house key was lost and his head hurt, Stomper Raven's day was still made -- because of a transit security officer's kind gesture.

After getting medication for his headache from Hillion Mall at around 12am on Jun 27, Raven realised that his house key was lost.

He said: "I only realised that when I was on my way home.

"So I returned to the shopping mall to check if I have dropped it somewhere."

Noticing how lost Raven looked, a transit security officer who was on duty at Bukit Panjang Bus Interchange approached him.

"The officer's name is Sattishkumar, and I would really like to thank him for his quick response," said Raven.

"He approached me automatically and greeted me, asking me if I needed any help.

"Then I asked him about my key and he brought me to the booth where they kept lost things.

"I was really thankful, he saved me a lot of trouble. Without his help, I would have to go through the trouble of making a police report and then worrying if someone would enter my apartment.

"I was really moody actually, because of the headache and my lost key, but Sattishkumar made my day with his kind gesture.

"Hence, I would like to take this opportunity to say a big thank you to him, for his excellent customer service as well as keeping the passengers safe."

Raven also added that the security officer was initially unwilling to have his photo taken.

"I shook his hand and told him that I was really grateful to him, and he agreed to take one picture. He seemed really happy that he was able to help me.

"Without him, I would not have made it home with a peace of mind."