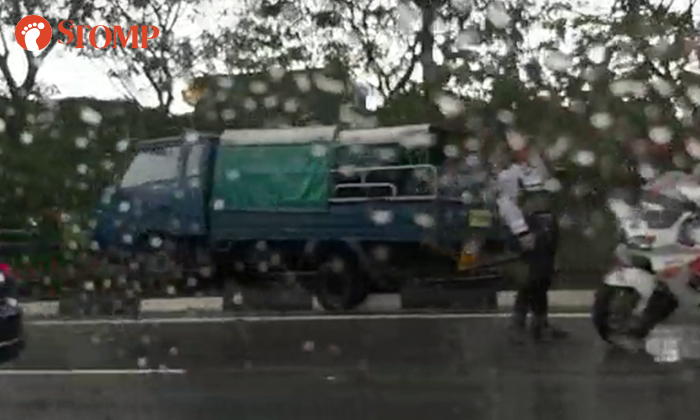 A lorry was spotted on a kerb after the driver had apparently lost control of the vehicle along Bukit Timah Road on Saturday afternoon (Oct 26).

Stomper A passed by the scene of the accident at about 2pm and contributed a video of what he saw.

A told Stomp: "I was in a Grab and going to get lunch at Dunlop Street.

"I didn't see the accident happen but was quite sad for the people involved in the accident."

Stomp understands that the lorry had skidded after its driver lost control of the vehicle.