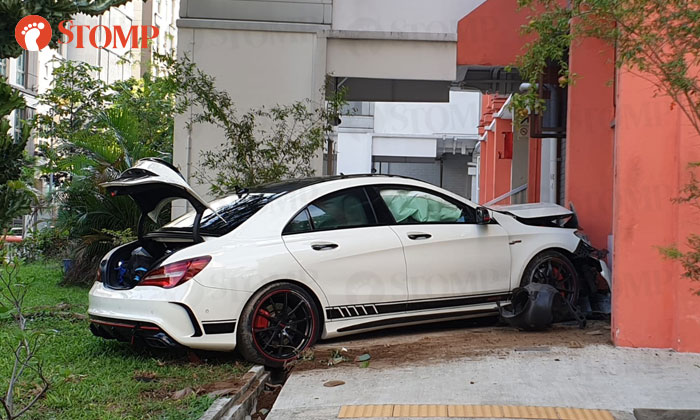 A Mercedes-Benz crashed into an HBD block after an accident with a van at the junction of Kent Road and Mergui Road on Thursday afternoon (Oct 24).

A Stomper alerted Stomp to the accident and shared photos taken at the scene.

In the photos, the front of the Merc is badly damaged and its airbags have been deployed.

"The white van was trying to cut in front of the Merc from the outer lane along Kent Road to turn into Mergui Road," said the Stomper. 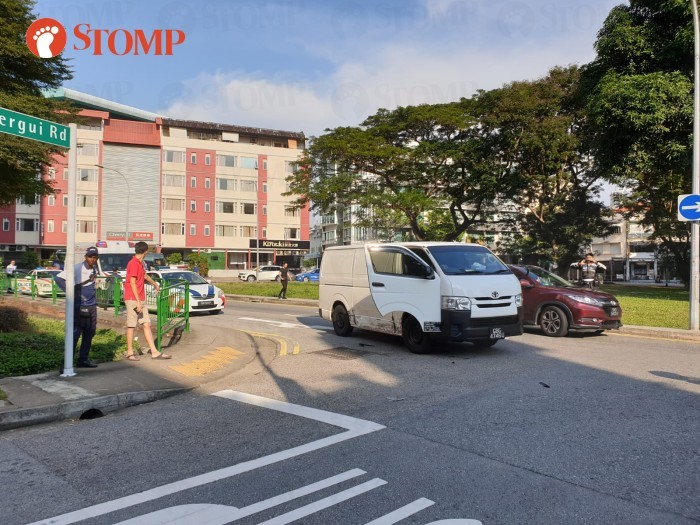 "The driver was not supposed to do that as vehicles that want to make the turn need to be on the inside lane on Kent Road.

"The Merc driver tried to avoid the van and swerved and lost control of his car.

"He flew over a large drain, missed the lamp post and the Kent Ville signage before crashing into the HDB block.

"Miraculously no one was hurt.

"The Merc driver merely had one or two scratches.

In response to a Stomp query, the police said they were alerted to the accident involving the car and van at about 4.31pm.

Related Stories
Teenager taken to hospital after taxi crashes into wall at Marsiling Industrial Estate
Motorcyclist dies after suddenly falling onto road and getting run over by lorry on KJE
Parents looking for driver after 10-year-old son sustains minor injuries from accident in Holland Village
More About:
accident
Mercedes-Benz
van