Lorry flips onto its side after accident with car along SLE, passenger taken to hospital 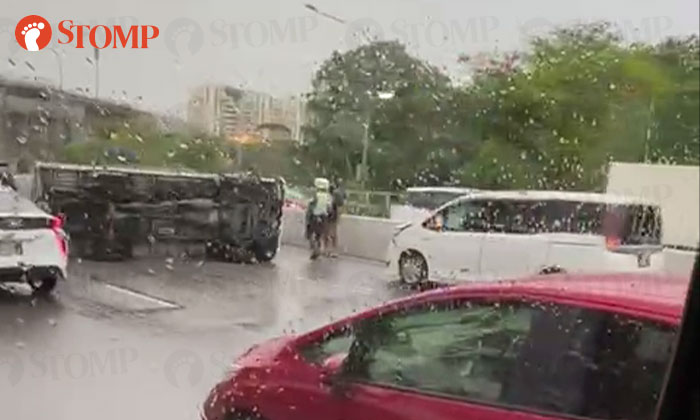 A 39-year-old man was taken to hospital after a lorry and a car were involved in an accident along the Seletar Expressway (SLE) towards the Central Expressway (CTE) on Feb 16.

A Stomper shared a video that showed the lorry lying on its side along the expressway.

In response to a Stomp query, the police said they were alerted to the accident after the Upper Thomson Road exit at 7.51am.

"One of the lorry passengers, a 39-year-old male was conscious when conveyed to the hospital," a police spokesman said.

The incident caused a jam.

The Stomper commended the driver of the bus he was travelling in for maintaining professionalism despite the delay.

"When he knew the bus service had been affected by the accident, he immediately called his Bus Operations Control Centre (BOCC) and informed them about it," he said. 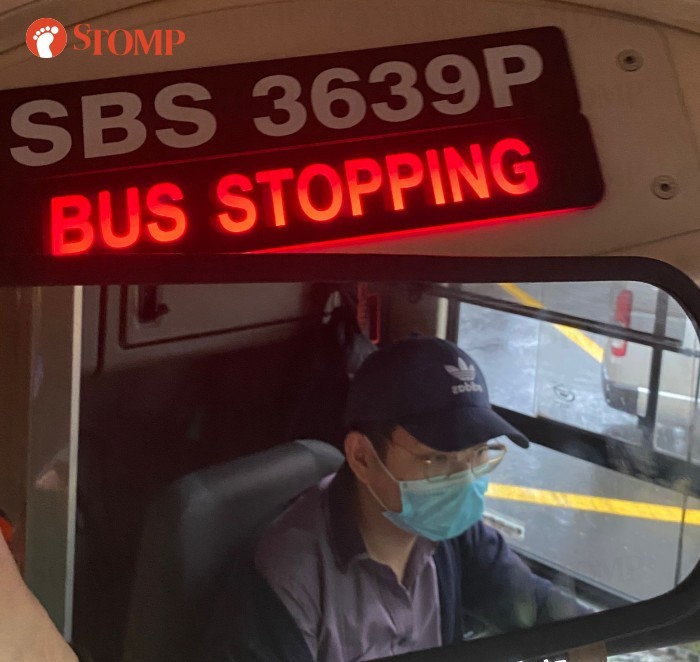 "Despite the accident causing a delay, he still drove safely.

"When he saw a car dangerously cutting into his lane, he still chose to give way to the car and didn't swear or cuss.

"When we alighted from the bus, he apologised to all his commuters for any inconvenience caused.

Related Stories
Driver drives car into rear of MPV, pushing it to opposite side of road
Car driver, 48, arrested after accident involving seven motorcycles on PIE
4 months' jail for driver who knocked down woman on way home to celebrate son's O-level results
More About:
accident
lorry
car
SLE
expressway