Long-lost brothers reunited after 50 years: 'Thank you Stomp for helping us' 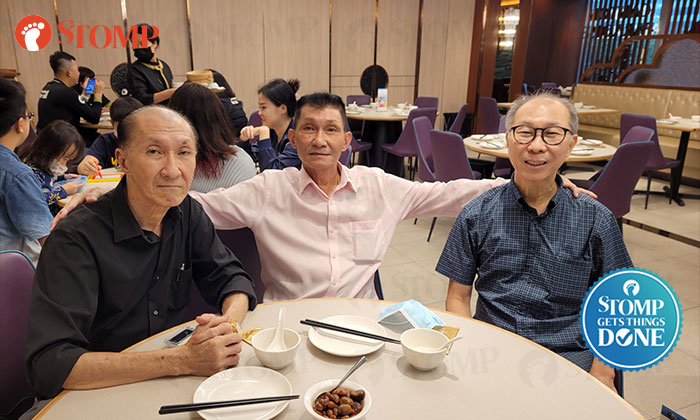 The Seah brothers were overjoyed when they were reunited with their long-lost sibling, Steven, after nearly 50 years.

Stomper Alan contacted Stomp and shared an appeal to find his younger brother. It was posted on Stomp's social media platforms on Aug 12.

On Aug 20, Stomp received a message from Steven's son and helped to reconnect the siblings.

Initially, Alan said he did not know why Steven had left their family home but later shared with Stomp that Steven had a misunderstanding with their parents.

"When his son saw the appeal on Stomp, he told his father, 'your brother is looking for you'."

Alan shared with Stomp a photo of three of the four brothers having dinner together at Canton Paradise Signature at Plaza Singapura on Aug 27.

One of the brothers was unable to join them that evening.

"It was wonderful to meet him in person because he shared his life with us and how he struggled to survive," Alan said.

"I would like to thank Stomp for finding my lost brother."

He added that the brothers will be keeping in contact from now on.

"We are very happy and I would like to once again thank Stomp for helping us."