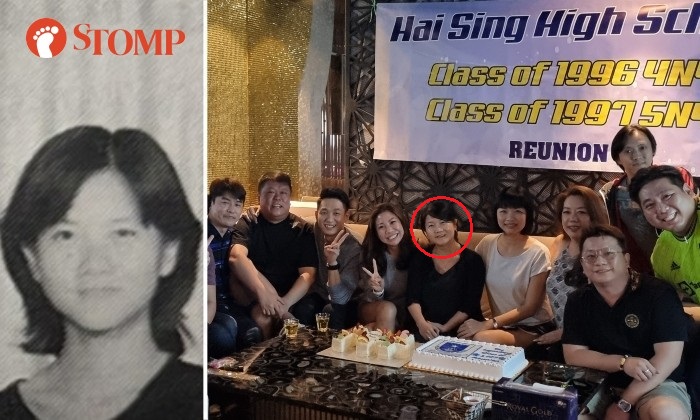 An ex-teacher from Hai Sing High School reunited with her former students on Friday (Aug 19) after 25 years following an appeal on Stomp.

"We were thrilled," said Stomper Aylwin, one of the former students. "Extremely thrilled to see her again."

He had written to Stomp last month for help to find Ms Jamie Foo, the teacher who did not give up on his class 5N4 in 1997 when others did.

"She encouraged us always," he said. "We made her cry and disappointed her time and time again, but she never stopped caring for us."

A few days after Aylwin's appeal was published, Ms Foo contacted Stomp and reconnected with her former students who invited her to the class reunion.

"She recognised all of us the moment she saw us," Aylwin told Stomp. "Everyone was taking turns chatting with her.

"The gathering after 25 years was so pure. Everyone was happy to see each other. No one was talking about who was driving a bigger car or who earned more.

"We were just being ourselves like we were during our secondary school days. The bonds we had were so pure, so genuine and strong. The love we had for each other was something we all cherished during our reunion.

"Ms Foo stayed with us throughout the whole gathering. We are hoping to make this a yearly affair and she also agreed to join us for our future gatherings." 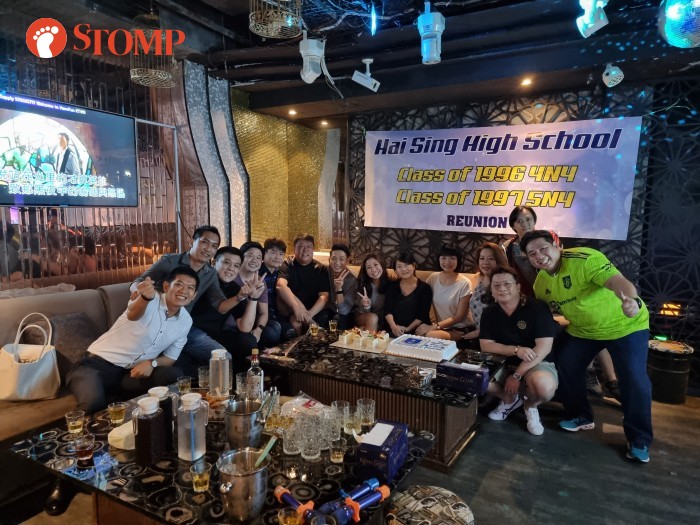 Contacted by Stomp, Jamie said: "I truly felt their love and respect for me. The emotional bonding they have is solid and genuine.

"This class never fight with each other but only for their class. They have become the gems that they so deserve.

"The so-called ‘bad’ students have turned out to be responsible people who willingly make sacrifices for their loved ones.

"I am so proud of them as they are being true to themselves and they understand 'for where your treasure is, your heart will be also'.

"Now that they have settled down comfortably in life, they can put all their past grievances behind them and move on towards a future filled with pride and joy in kindred spirits. We will have many years to celebrate.

"All they wanted in school was a chance at life, to be heard, accepted, encouraged, advised and respected, regardless of whether they were in the top of the class or last, their behaviour or attitude.

"That we have crossed paths after 25 years, there must be something good on the way."