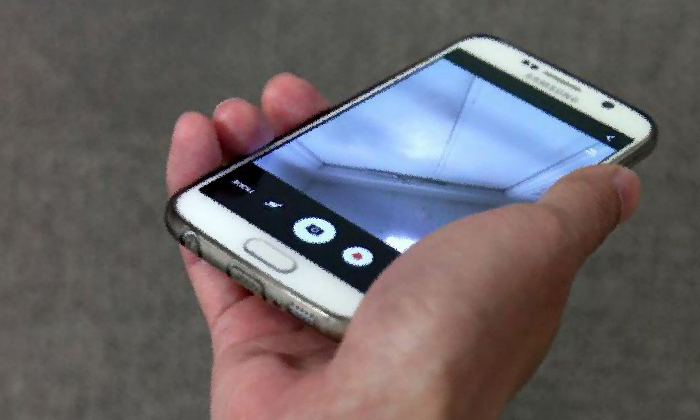 A former lecturer of a post-secondary institution who shot upskirt videos of a female student was sentenced on Friday (Aug 21) to eight weeks' imprisonment.

The man, his victim and their school cannot be named due to a gag order to protect her identity.

The 39-year-old Singaporean pleaded guilty on June 15 to insulting the woman's modesty.

At his request, the pair had met in a vacant classroom on March 6 last year.

The court heard that this was the first time he had asked her to meet him outside his class.

After chatting for a while, he asked her to help him prepare for a class activity by posing as a model.

He also said he would be using his mobile phone to take photographs of her, which would be used in the instructions for the class activity.

When she agreed, he instructed her to pose blindfolded with a handkerchief and with her feet apart.

Deputy Public Prosecutor Derek Ee had earlier said the student felt uncomfortable with the instructions but did not question her lecturer.

After she blindfolded herself and posed, the man took a photo from behind her back. He then approached her, put his phone between her legs and recorded videos.

The student subsequently felt uncomfortable, turned around and took off her blindfold.

The DPP added: "To her surprise, she saw the accused squatting right behind her, holding his mobile phone in between her legs, with the screen facing upwards."

The student closed her legs, returned the handkerchief to him and left.

Feeling uncomfortable about what her lecturer had done, she returned shortly after to confront him and demanded to see his phone.

He agreed but walked over slowly while deleting the videos.

He let her see a photograph showing her from the back, which he claimed was the only photograph he took.

Later that day, the student told her guardian about the incident. After the lecturer failed to pick up her guardian's calls, she texted him that her guardian wished to speak with him.

He texted back that the incident was a "misunderstanding" and that he had fumbled with his phone while adjusting it to take a photograph. He added that he had ended up catching it while it was facing up and with the flash on.

She lodged a police report in the evening of the same day.

The man eventually admitted to the police to taking two upskirt videos of the student and deleting them after.

He also admitted that he had taken other upskirt videos of his students on several occasions.

For his offence, the man could have been jailed for up to a year and fined.