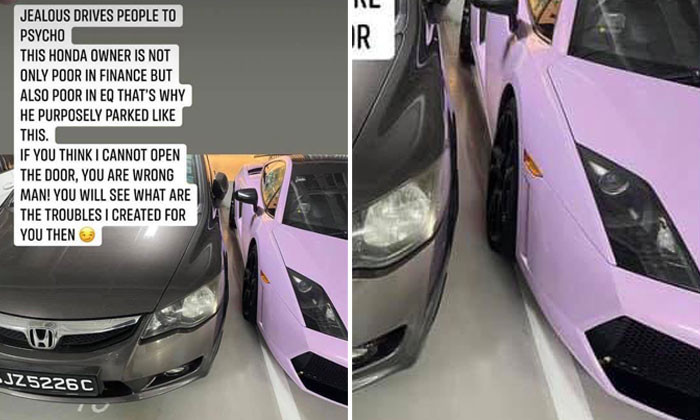 A Lamborghini driver has drawn the ire of netizens with a social media post that shamed a Honda driver.

In the post, the woman took a photo of the narrow space between her car and the Honda, making it impossible for her to get into her vehicle.

What got netizens riled up was how she accused the Honda driver of "purposely" parking like that because he was "jealous" of her car and saying that he is "not only poor in finance but also poor in EQ (emotional quotient/intelligence)".

However, in the photo, the pink Lambo is seen parked very close to the left side of the lot.

One netizen shared a photo from another angle showing that her parking skills are lacking.

The woman's pride in owning a supercar has rubbed netizens the wrong way.

Another netizen resurfaced a post from almost a year ago allegedly shared by the same woman where she took a photo of someone else taking a photo of her car. 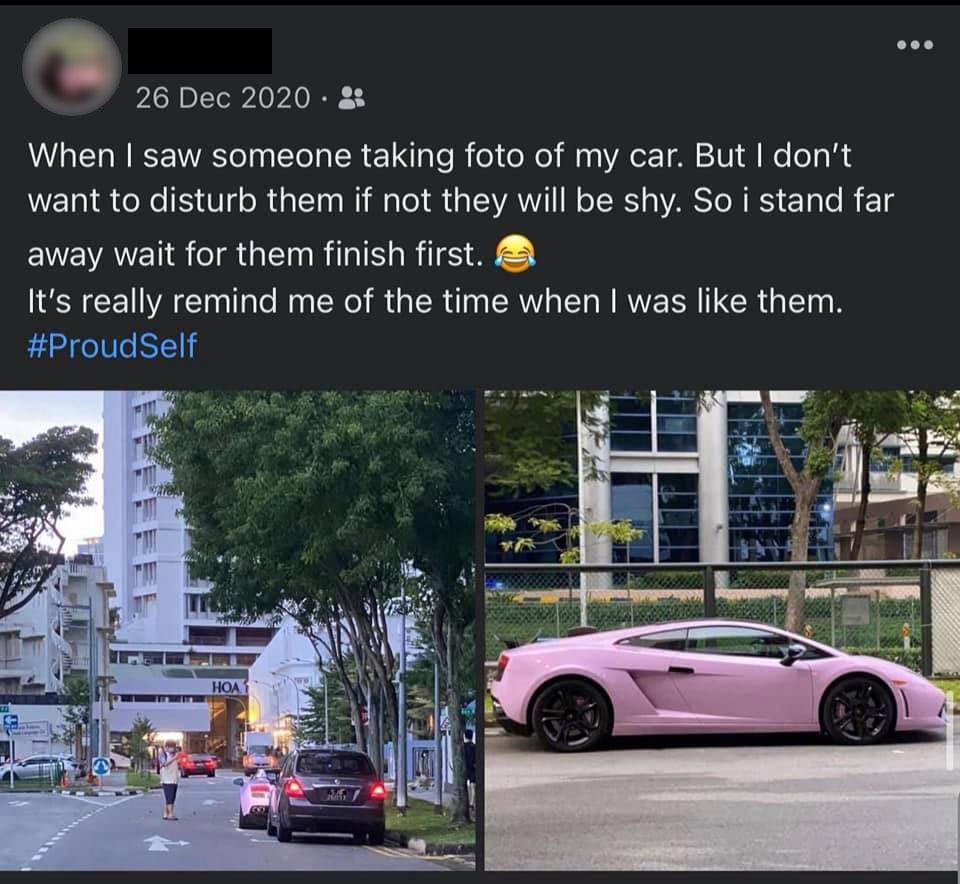 She wrote: "[It] really remind[s] me of the time when I was like them."