Lambo driver irks neighbours with his comings and goings: "It's like there's F1 at Alexandra" 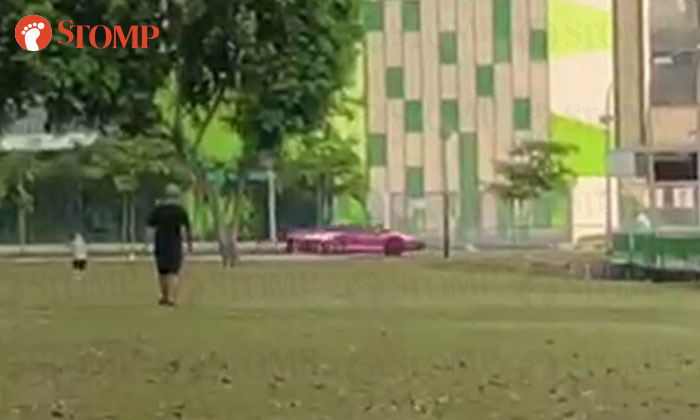 A Stomper and his neighbours are frustrated with the noise created by a Lamborghini that repeatedly disturbs the peace every time it enters and leaves the Alexandra neighbourhood.

The Stomper told Stomp he believes the car is modified because the noise created by its engine and exhaust can be heard from blocks away.

He shared a video he took on Sunday afternoon (Feb 10) of the chrome pink supercar leaving The Crest condominium at Prince Charles Crescent.

"Even after the car exited the video frame and drove away from where I was standing at the end of the field, you could hear it," he said.

"I believe he has a high flow performance exhaust system installed that is probably not street legal.

"This is not an exaggeration.

The Stomper, who lives opposite the condominium, said residents in the surrounding area can hear his car when he starts it up from the condo's carpark.

He added that this has been going on for about a month.

"When he comes out onto the roads, the whole neighbourhood can hear him from blocks away, even with windows closed and air-con turned on," he said.

"It's as if we are having F1 cars racing around the Alexandra area.

"Sometimes, we can even hear his car leaving at 12 midnight and coming back at around 3 to 4am.

"I hope the authorities can look into this as cars as loud as an F1 race car should not be allowed to drive around residential areas where there are families and children."