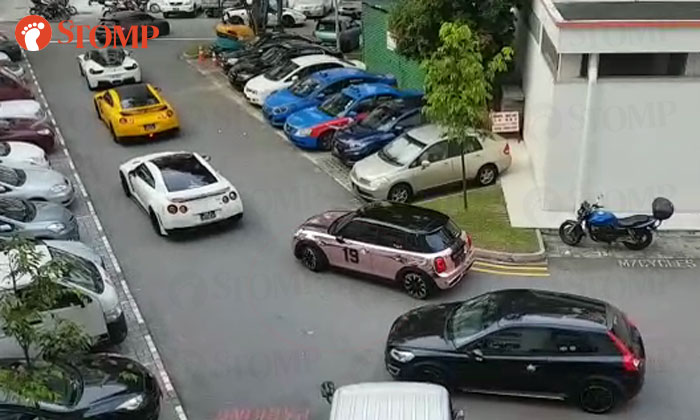 Stomper Lindy was one of the residents at Block 247 Jurong East Street 24 who were woken up this morning (Oct 22) by a car convoy.

According to Lindy, she started hearing the car engines revving at around 7.30am.

"A lot of residents are cursing the loud engine sounds that woke us up!" she said.

She believes that the convoy was part of a wedding party that had come to a bride's home for the "gatecrashing".

"There were a few branded cars trying to show off!" she added.

Lindy shared a video showing the convoy and at least two Ferraris could be seen as part of the lineup.

The video also showed police officers coming down to the carpark to talk to some of the drivers.

Stomp understands that the drivers were told to not avoid revving their engines and to not block other motorists with their vehicles.

In response to Stomp media queries, a police spokesman provided the following lines:

"The parties involved were advised accordingly.