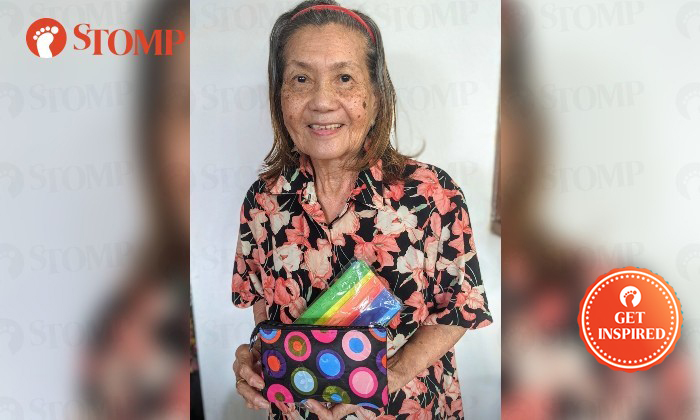 When Stomper Russell found out that his 88-year-old grandmother had lost her wallet, he was mentally prepared that it would be gone for good.

So when a kind soul appeared at their doorstep and returned his grandmother her wallet, he was completely lost for words.

Russell told Stomp that his grandmother had lost her wallet on Thursday afternoon (Nov 19) while she was on her way to the bank.

"She came home and told me that she lost her wallet in the vicinity of Kampung Admiralty, but wasn't sure exactly where she had misplaced it," Russell said.

"I was mentally prepared that we would never get back the important cards and the $400 cash that was in my grandma's wallet.

"But on Friday (Nov 20) at 9am, a good Samaritan came knocking at our door and turns out, she had found my grandmother's wallet and wanted to return it.

"I was shocked because she came all the way to our house at Woodlands Ring Road to return the wallet with everything still inside.

"She even gave my grandmother a packet of disposable masks with rainbow designs on it and told her to take care of herself during this Covid-19 period."

Russell, who shared a photo of his grandmother with her wallet, said that the kind soul only introduced herself as Siti.

"Siti could have just dropped the wallet off at a police station, but she went the extra mile just to personally return the wallet to my grandmother," Russell added.

"I was about to give Siti a reward but right as I was about to do so, she left. This whole incident is really so heartwarming. I am beyond thankful for her honesty and kindness.

"Siti, if you're reading this, my family and I are so grateful for you. Thank you so much for your kindness."