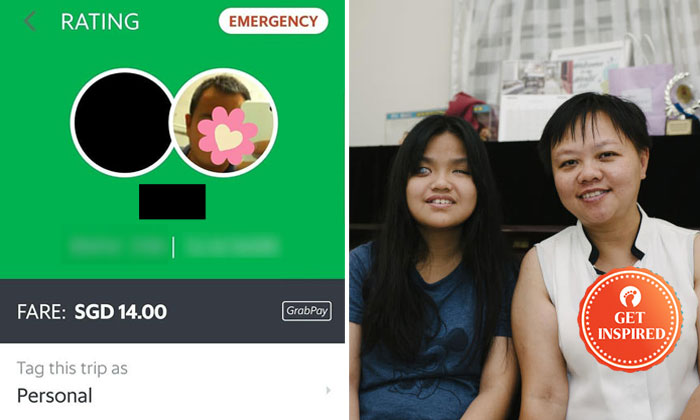 A kind Grab driver made a family's day with his selfless and kind act.

Mary Lim, 45, posted a heartwarming account on Facebook of what happened when she booked a Grab ride for her 17-year-old daughter, Adelyn Koh, who has a rare congenital eye disease called Peters Anomaly.

Many may be familiar with Adelyn who has hosted and taken part in the President's Star Charity show from 2010 to 2013, and released two music albums to raise money for her cornea transplants. 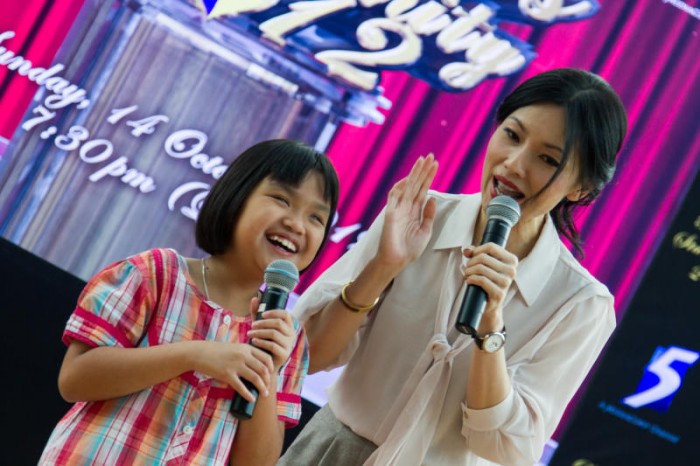 When Mary booked a Grab ride to pick up Adelyn from her school in Simei on Monday (Oct 1), she messaged the driver to inform him that Adelyn is visually impaired and to call her once he reached.

In her post, she was touched at how helpful the driver was when he stepped out to guide Adelyn into the car.

To her surprise, he also gave Adelyn $14 in cash that Mary had paid for the ride via GrabPay and insisted that she keep the money.

He said that he was on the way and that the ride was free of charge.

Mary told Stomp that she was grateful at how the driver went above and beyond to drive her daughter safely back to their home in Yishun.

"When I booked the Grab ride, I was actually a bit worried that the driver might not want to do the 'extra work'," she said.

"He needed to call Adelyn when he arrived and also needed to look out for her as she would not know where to find and board the car.

"I was worried that he might cancel the booking due to my troublesome requests to call and look out for her when he arrived but I was surprised that he stepped forward to bring her into the car."

Mary said that she was especially worried because it was the first time Adelyn had to wait for a ride by herself.

Usually, Mary will pick her up from school but on that Monday, she finished earlier than usual.

"It was the first day of school and her teacher texted me her new timetable," she said.

"I was working that day so I was unable to pick her up in time so I booked a Grab for her to come home."

Initially, Adelyn was unsure about what to do when the driver wanted to give her the cash back for the ride.

"She did not really know how to react," said Mary.

"She knew she's not supposed to take money from a stranger and was worried about what to do with it."

However, the kind gesture made the family's day which also happened to be Adelyn's birthday.

"I would like to say thank you very much to him!" she said.

"The extra mile he went was the best birthday present to Adelyn and our family.

"Another incident to make us feel that our society still has kind souls willing to go the extra mile regardless of who we are.

"I believe there are still many more kind souls around us.

"I hope people will continue to show kindness to those around us who need extra attention.

"Together we can build a warm and safe environment for everyone."

Related Stories
GrabHitch driver gets Stomp Goody Bag for fetching passenger and dog with fever when no one else would
Yio Chu Kang Sec students "really shocked" to get Stomp Goody Bags after helping struggling couple
Uncle Philip shares why he gives out handwritten notes to staff and students, gets Stomp Goody Bag
More About:
heartwarming
inspiring
kind
kind-hearted
grab
grab driver