Kids cycle in Redhill carpark -- and one nearly collides with car 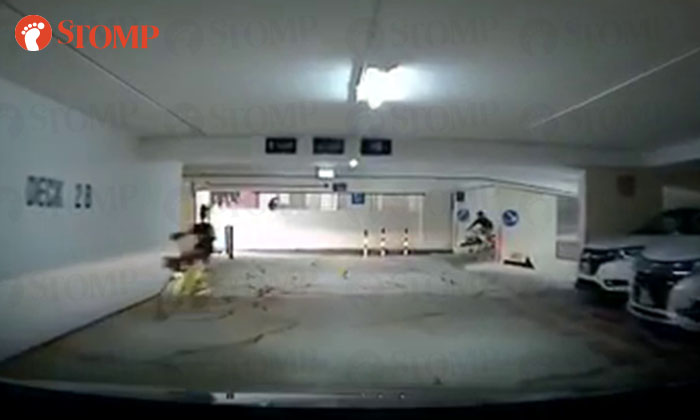 Three kids were cycling in a carpark at Block 73 Redhill Road when one of them nearly collided with a driver on Sunday evening (Jan 12).

Stomper Shadow was driving at the time when the incident occurred.

He contributed a video of what happened and told Stomp: "It was about 6.30pm and I was going to make a right turn in the carpark.

"Suddenly, I saw three cyclists dash down the slope."

Shadow added: "If you look at the video, you can see that if I had gone at a higher speed, I would've knocked into the first cyclist.

"Recently, a 13-year-old girl died because she was apparently cycling in a carpark.

"I'm worried about how these three kids could also get into an accident if they keep dashing around recklessly in a carpark.

"I've seen many kids cycling around in the carpark but this is the first time I had such a close shave.

"Besides causing themselves hurt or even endangering their lives, they're also implicating the lives of innocent drivers.

"These drivers have families too."