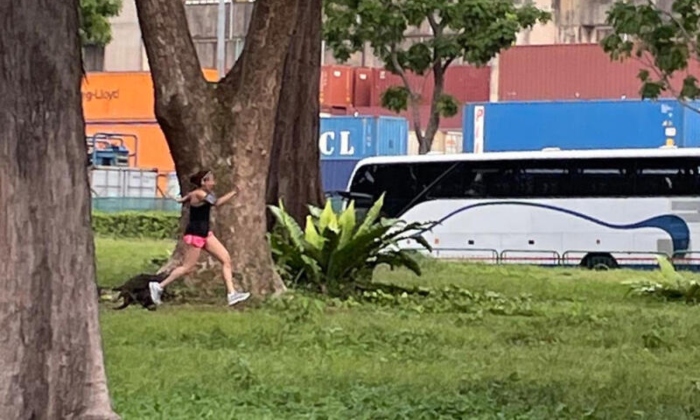 Many find them cute. But they are not so cute when they come after you.

A woman was chased by six or seven otters at West Coast Park on Friday (July 22) while bystanders could only watch.

A witness told Shin Min Daily News that the woman might have stepped on a baby otter while jogging, which provoked the otters.

The witness said she was taking a walk with her two children near the public toilet at West Coast Park at around 6pm. As she was taking pictures, she was startled by the woman running away from the creatures.

The witness said the woman was screaming as she ran. "The whole thing took about one to two minutes," said the witness. "In the end, it seemed the otters caught up with her."

The witness said the scene was very chaotic and there were at least 10 bystanders, including the elderly and children, who did not dare get too close.

"I did not see the otters bite the woman, but I saw otters running towards us," said the witness. "We were so scared and quickly avoided them. In the end, all we knew was that the otters ran back into the woods."

She said her children were traumatised by the whole incident.

"We were unable to help. The otters have sharp teeth, not something to fool around with. Even if we do not go near them, they would come running to us. People never know when they will be attacked. The elderly cannot run." 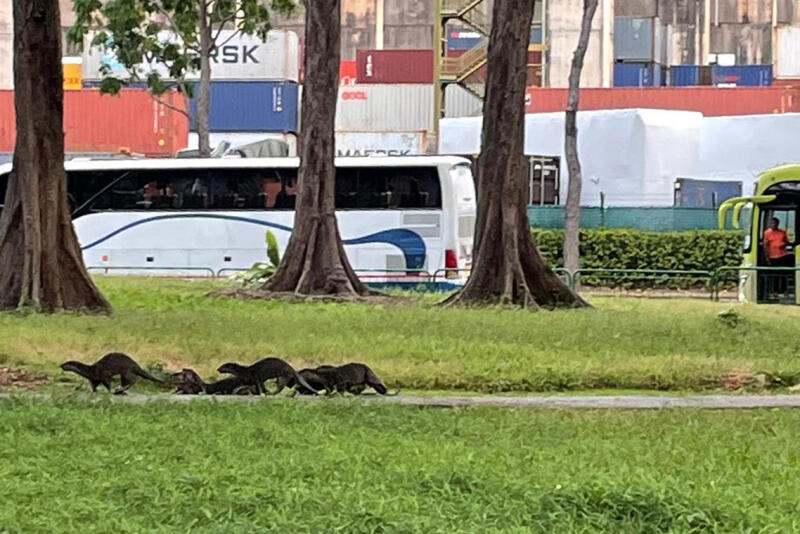 Here is what to do when encountering otters:

Related Stories
Trio seen 'chasing' otters at Roberson Quay were 'buying time' for one that got separated from family
Otters at condo showflat fountain will make Joseph Schooling proud with their butterfly stroke
Man attacked by otter after trailing pack of 30: 'My family said it served me right'
More About:
otters
chase
jogger
scary