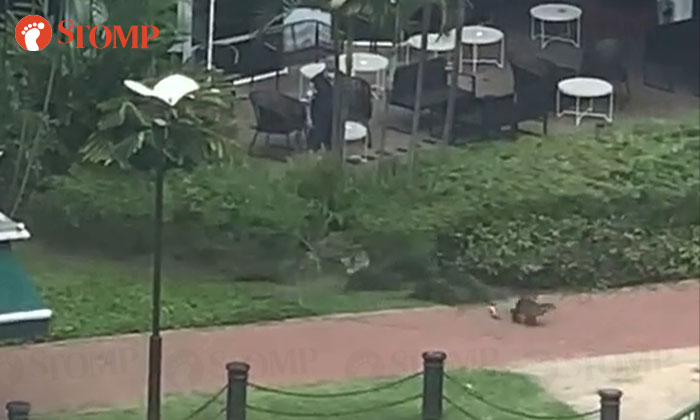 The trio who were seen 'chasing' otters at Robertson Quay were actually buying time for an otter that had been separated from its family in a turf war, said Ottercity, a group that monitors otter families in Singapore.

A Stomper earlier shared her shock and confusion at seeing the group seemingly 'chasing' the otters away towards the Singapore River on Thursday (June 24).

In response to the article, Ottercity clarified what had happened on its Facebook page.

It said that on Thursday morning, the group had received several messages that the "stronger family" of Bishan otters was making their way up the Singapore River.

"They were heading directly to Zouk family resting at [Four Points by Sheraton Singapore, Riverview]," the post said.

"Shortly after, both families engaged in the water, and [the] Zouk family members got split up.

"One member of [the] Zouk family was left behind while the rest of [the] family managed to swim further up river, fleeing from [the] Bishan family.

"In the social media visuals, what appeared to be people chasing off the otters (Bishan), were actually people buying time for the last Zouk otter, so that it could go [into] hiding.

"Hope this helps to provide better context and story behind the videos and photos on social media."