Jail, driving ban for man who verbally abused Certis officer and hit him with car twice at SGH 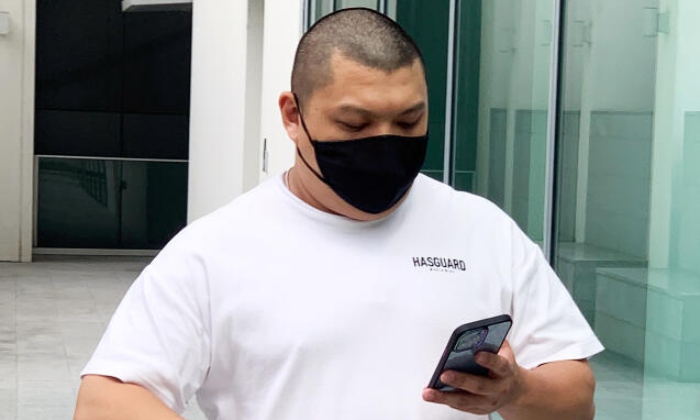 When he was caught by an auxiliary police officer for leaving Singapore General Hospital (SGH) via an unauthorised exit, Yeo Yong Hao verbally abused the officer and later hit him with his car twice.

The officer suffered bruises on his left leg and was given three days' sick leave as a result.

On Monday (Aug 15), Yeo, 31, was sentenced to nine weeks' jail and banned from driving for a year and two months after his release from prison.

He had pleaded guilty to one count each of committing a rash act that endangers the personal safety of others and using abusive words towards a public servant.

The court heard that Yeo had gone to SGH in April last year to pick up his girlfriend's mother.

He wanted to leave the hospital via a glass door that was not accessible to the public and could be opened only by staff.

Mr Syahmi told Yeo to use another exit but was ignored. Yeo then made derogatory comments about the officer and said he was just a Certis Cisco officer and not a police officer.

Mr Syahmi followed Yeo to the carpark and stood in front of his car to stop him from leaving, but Yeo drove forward and hit the officer's leg.

This happened again after Yeo confronted the officer and sounded his car horn continually.

Deputy Public Prosecutor Emily Zhao said Yeo had used abusive and racially charged language at the officer, and had injured him twice.

"The degree of rashness in this case is very high and borders on being intentional. The accused clearly saw the officer standing in front of the car and knew the officer was telling him to stop," she said.

For committing a rash act, Yeo could have been jailed for up to six months and fined up to $2,500.

The offence of using abusive words towards a public servant carries a maximum punishment of a $5,000 fine and a jail term of up to a year.