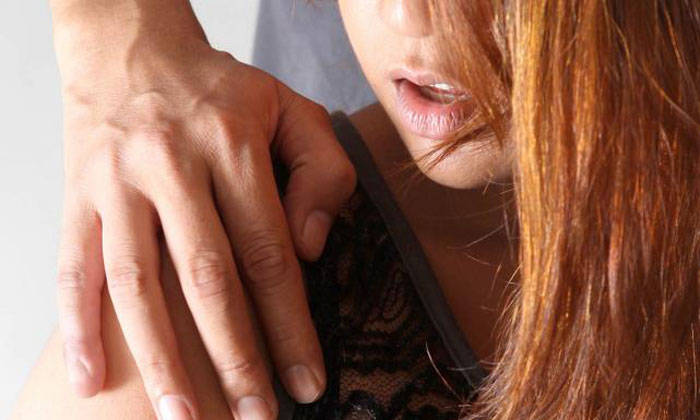 A masseur rubbed the breasts of his client more than 10 times in a minute under the guise of giving a massage.

Hu Xidong, 35, who worked at Zufu Foot Reflexology, was convicted for outraging the modesty of the 28-year-old woman on Monday (May 14), and sentenced to nine months’ jail and three strokes of the cane, reports The Straits Times.

During the sentencing, the judge took into consideration two other charges for the outrage of modesty where Xu rubbed the woman’s exposed buttocks and upper inner thighs.

The court heard that the woman, a Japanese national, had visited the reflexology centre on July 19, 2016, for a foot and upper back massage.

This was not the first time that the woman had visited the outlet, but she had never asked for an upper back massage before.

As such, she was unsure of the procedure involved.

He instructed the woman to lie on a massage bed in a curtained area after massaging her feet for about 40 minutes.

The woman went to the area and removed her clothing, leaving only her underwear on.

She had done so based on her past experiences at other massage centres.

The woman then lay face-down on the bed, placing a towel over her lower back, which covered her from her shoulder blades to her buttocks.

During the massage, he removed her towel and pulled her underwear down to her buttocks while continuing to massage her.

Deputy Public Prosecutor Eunice Lau said the victim did not know how to react as she was unsure if this was out of the ordinary.

Hu subsequently asked her to flip over and she complied, covering herself with the towel which she tucked under her arms.

He then massaged her head and shoulders for a few minutes, before removing the towel suddenly.

Hu rubbed the woman's breasts simultaneously in a circular fashion for about a minute after pouring oil down the center of her chest.

DPP Laiu said that the woman knew at that point that this was not a part of the massage, but was too shocked to react.

After the session, the woman tried to tell the receptionist what had transpired.

Unfortunately, the receptionist could not understand English.

The woman lodged a police report later that night after discussing the matter with her roommates.

DPP Lau told the court that the incident exposes an "abuse of trust in a customer-masseur relationship”, as the victim was in a situation where it is "difficult…to discern ill intentions".

She said: "This trust was flagrantly abused by the accused when he exposed her breasts and rubbed them repeatedly for more than 10 times, under the pretext of providing a legitimate massage service."

Hu’s lawyer, Mr Julian Lim, said that his client suffers from an anxiety disorder and had been "distracted and inattentive" during the session, which led him to believe that the woman had requested a full body massage instead.

Mr Lim added that the woman also did not voice out her discomfort.

District Judge Kenneth Yap responded by saying that being anxious and stressed was no reason for Hu to "absent-mindedly molest people", noting that a psychiatrist had evaluated Hu, and found no causal link between his condition and actions.

Before Judge Yap delivered the sentence, he said that it was incumbent upon Hu to ensure nothing which could have been perceived as inappropriate should have taken place without active consent, given his status as a professional.

He added: "As a professional, you should know better."

Hu will start serving his sentence on May 21.

For outraging the woman's modesty, he could have been jailed up to two years, fined, caned, or a combination of the three.