'It was too late': Residents rushed to douse flames on man who died after PMD caught fire in lift 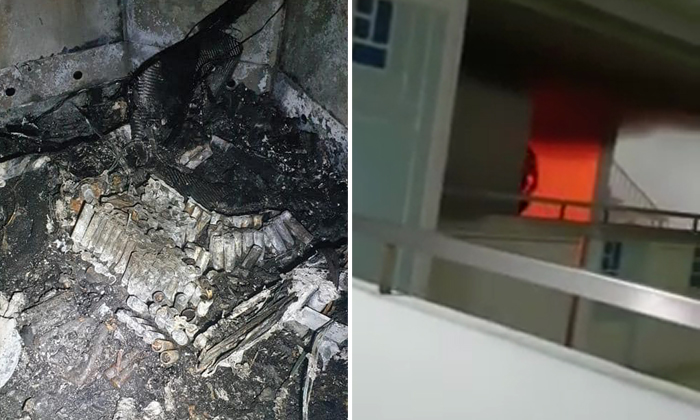 On Thursday (June 3) night, a 20-year-old man was in a lift at a housing block in Woodlands when his personal mobility device (PMD) caught fire.

The ensuing blaze burned him severely. Residents living on the second storey of Block 537 Woodlands Drive 16 said they saw the man on fire as he came out of the lift, and rushed to douse the flames on him.

He died from his injuries on Friday (June 4), said the police, after an ambulance took him to Khoo Teck Puat hospital the night before.

The Singapore Civil Defence Force (SCDF) said in a Facebook post on Friday that it was alerted to the fire at about 11.25pm on Thursday, and took the man to the hospital.

Residents had extinguished the lift fire with buckets of water before its officers arrived, the SCDF added.

Retiree Noor Jahan, 68, who lives on the second storey, said she had heard loud noises while in the middle of her prayers. She opened her door and saw fire and smoke coming out from the lift.

“Everybody was shouting and pulling the lift doors open. They were shouting, ‘Tarik! Tarik!’” said Madam Jahan.

Second-storey resident Melati Mel said her neighbour’s son had spoken to the victim – who was returning home from work – just before the accident.

“My neighbour’s son saw the victim on fire. Some others helped to put out the fire on him but it was too late,” said the 45-year-old pre-school teacher.

“Two families who saw the victim coming out of the lift rushed into action and helped douse the fire on him,” he said in a Facebook post. "Sadly though, the victim succumbed to his injuries today."

Mr Nair added that the damage was extensive and repairs to the lift may take some time.

About 90 residents from the affected block were evacuated on Friday as a precaution, said SCDF.

Madam Irene Lim, 60, a customer service agent, said she heard a loud explosion and smoke started entering her home on the fourth floor. “People were shouting and asking others to evacuate. The smoke was very thick and it could have been deadly to inhale the fumes,” she added.

Madam Rose Jabbar, 57, an administrative staff, evacuated with her family after seeing thick smoke enter her flat on the fourth floor.

She said she did not want to take any chances as she was living with her elderly mother and grandchildren. “It was difficult to evacuate with my mother, who has difficulty walking. We had to help her down the stairs,” said Madam Rose. 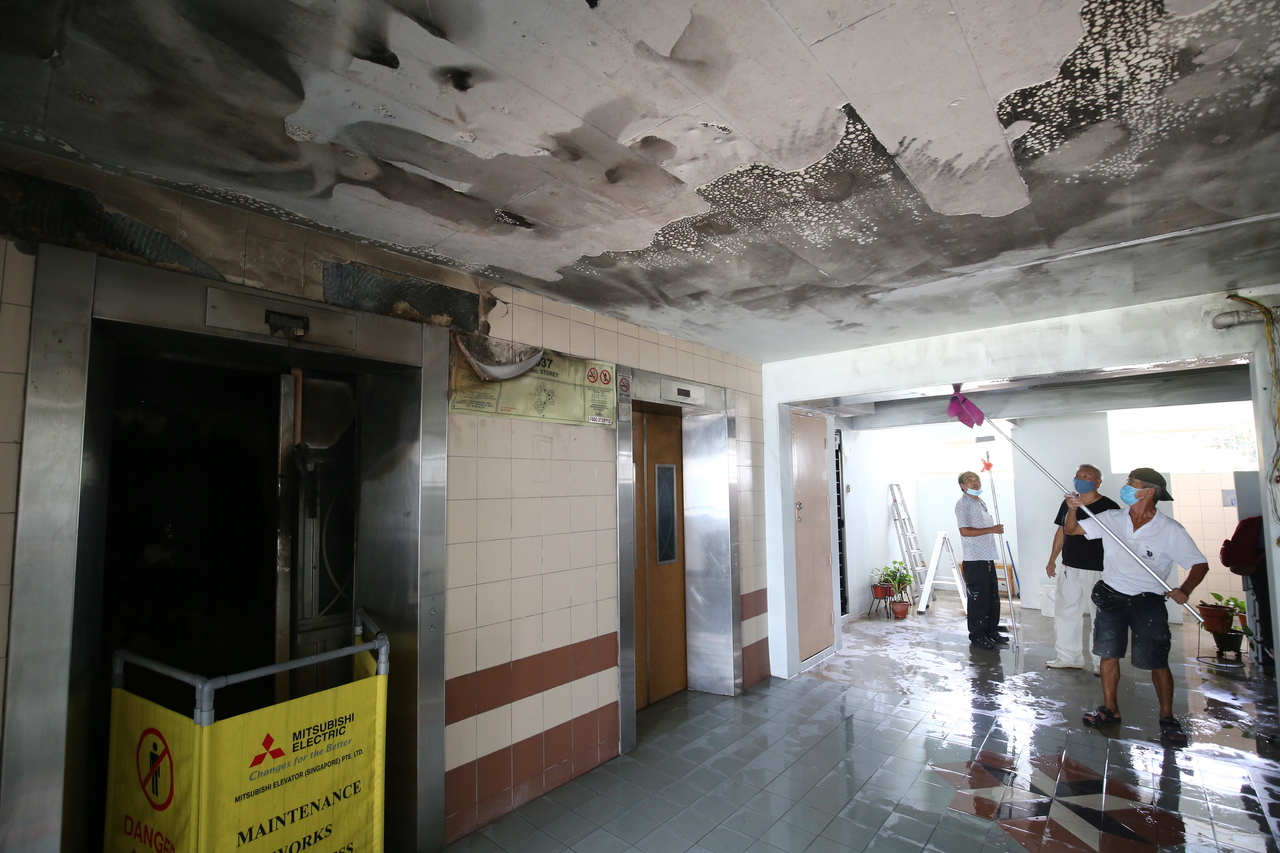 Preliminary investigations show that the lift fire was “of electrical origin from the PMD”, said the SCDF.

Police said investigations are ongoing and no foul play is suspected.

In 2019,a 40-year-old man died when his PMD caught fire while it was being charged in his home.

SCDF reminded the public that PMDs which do not meet the UL2272 safety standards or are modified pose a fire risk and threaten public safety.

It urged owners of these devices to dispose of their devices at the appropriate recyclers.

From now till June 30, the public may dispose of their PMDs at designated collection points at no cost.