70 evacuated, 4 taken to hospital after fire involving PMD breaks out at Fernvale Link

Seventy people were evacuated and four people were taken to hospital after a fire involving a Personal Mobility Device (PMD) broke out at Block 412A Fernvale Link on Wednesday (Sep 2).

Stomper Melvin alerted Stomp to the incident and sent a photo of the fire. 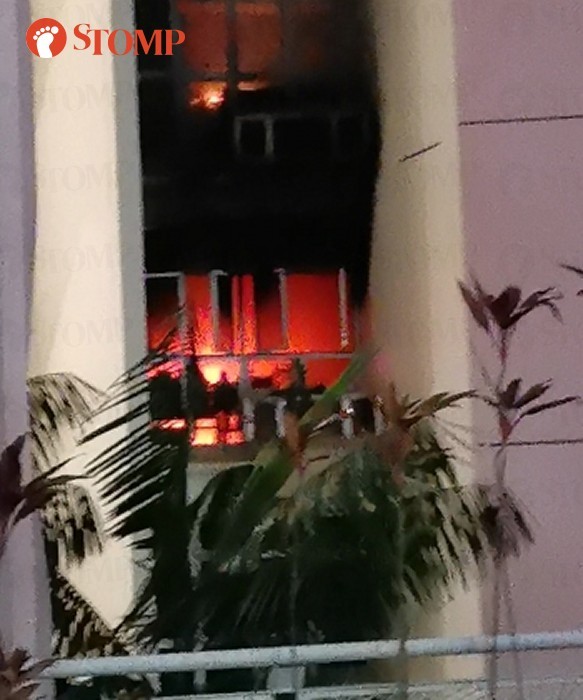 "The residents were trapped in their bedrooms and were waiting for the Singapore Civil Defence Force (SCDF) to arrive," Melvin said.

"I noticed that SCDF cut the main gate with an electric saw to gain access into the burning flat.

"The fire was put out within 15 minutes."

SCDF put up a statement regarding the fire on Facebook on Wednesday afternoon.

According to the post, SCDF was alerted to the fire at about 1.40am.

"The fire involved the contents of a living room in a unit on the 6th floor," said SCDF.

"About 70 residents from the affected block were evacuated by the police as a precautionary measure.

"Preliminary investigation into the cause of the fire indicates that it was of electrical origin from a Personal Mobility Device (PMD) that was charging at the time of the fire."

In the Facebook post, SCDF also reminded the public on the prevention of PMD fires with the following fire safety tips: go.gov.sg/pmdfiresafetytips

SCDF also added that non-UL2272 PMDs pose a fire risk and owners of these devices are strongly encouraged to dispose of their devices at the appropriate recyclers.

Visit https://go.gov.sg/pmddisposal to find out the disposal locations.