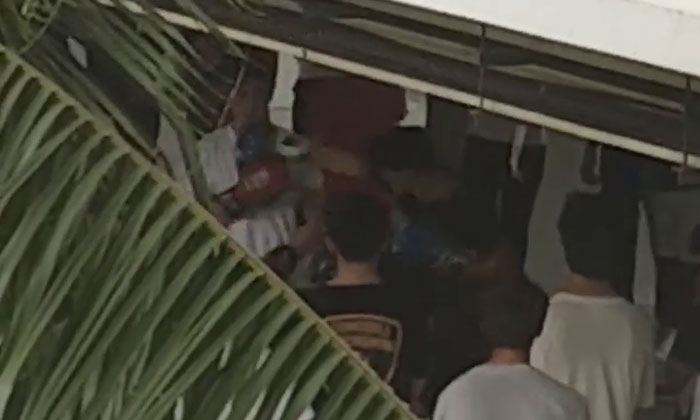 The International French School (IFS) in Singapore is investigating allegations of its students sparring at an HDB void deck at Block 157 Serangoon North Avenue 1 on May 13.

Facebook user Henry Ng, a resident in the area, shared videos he took of the students on his Facebook page and said it was not the first time the youths were caught doing this.

In the first video, two boys are seen wearing boxing gloves while sparring. They are surrounded by other students watching on.

Henry told Stomp he took the videos between 4 to 5pm.

He said the second video he posted was of some of the students running away after the authorities were reportedly called.

"The fighting is the second time that I know of.

"But littering and making a lot of noise is a daily thing."

It was not known if the boys were boxing enthusiasts and just practicing the sport.

But there was still an issue of the students “disturbing public order”, as the school reportedly put it.

In response to media queries, the school's communications and events director Sebastien Barnard said the school was aware of the report and took such situations very seriously.

"IFS always takes these situations very seriously, even outside the school, involving its students disturbing public order and putting themselves in danger," he said.

"Having been made aware of the allegations, the IFS Principal has initiated an investigation with the relevant student services of the school to verify and clarify the facts and take the appropriate disciplinary measures."