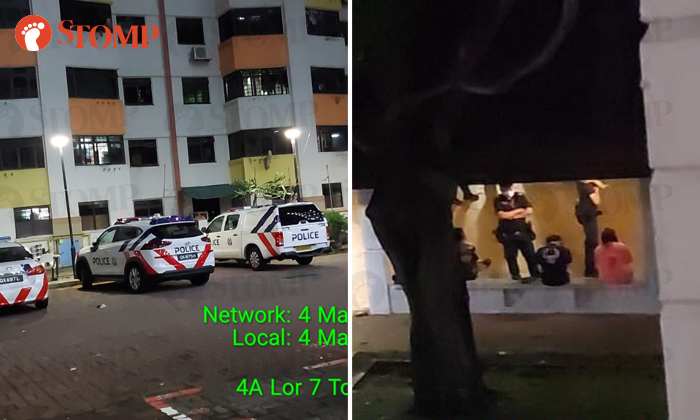 Three teenagers, aged between 14 and 16, are assisting the police with investigations for mischief and wilful trespass on property in Toa Payoh.

The incident occurred at Block 4 Lorong 7 Toa Payoh in the wee hours of Friday (Mar 4).

Stomper Wei Sien said he had been unable to sleep and decided to go for a walk late at night when he noticed a commotion at the block.

He recounted: "I went for a midnight walk after work as I couldn't sleep. I witnessed and observed a group of teenagers damaging the toilet of the Pavilion Hall at the block."

Wei Sien then called the police.

Photos that he shared show police officers speaking to three teenagers at the scene.

In response to a Stomp query, the police said they were alerted to a case of mischief at 3.11am.

They added: "Three male teenagers, aged 14 to 16, are currently assisting in investigations for mischief and wilful trespass on property."