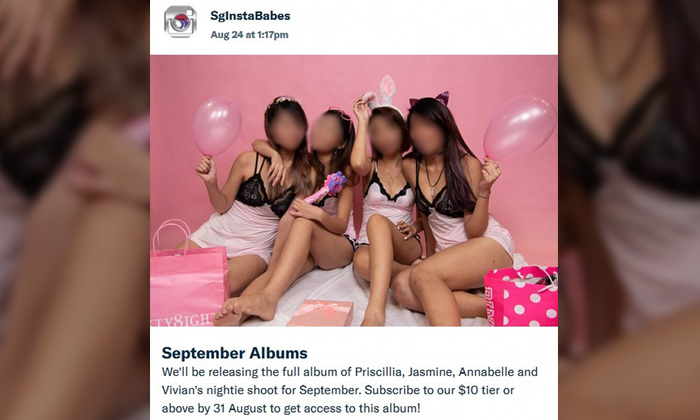 SgInstaBabes has launched an online campaign asking users to pay for tiered subscriptions in order to enjoy special perks and privileges involving its network of Singaporean influencers.

It recently launched a Patreon campaign, which "encourages subscriptions for access to the influencers", reported The Drum.

For those who have not heard of it, Patreon is "a membership platform that provides business tools for creators to run a subscription content service and provide exclusive experiences to their subscribers".

Here is an overview of SgInstaBabes' page on Patreon: 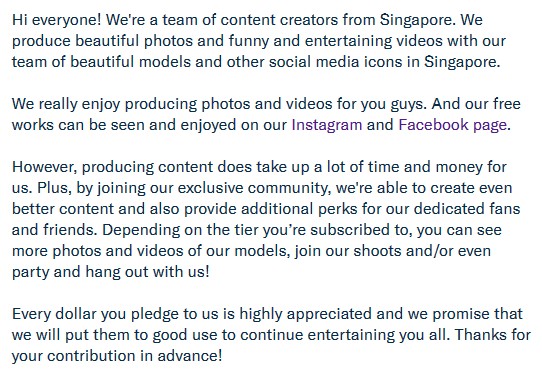 A video produced by SgInstaBabes introduces the various tiers, their respective pricing and the perks that subscribers are promised. The clip is viewable on Coconuts Singapore.

On its Patreon's page: 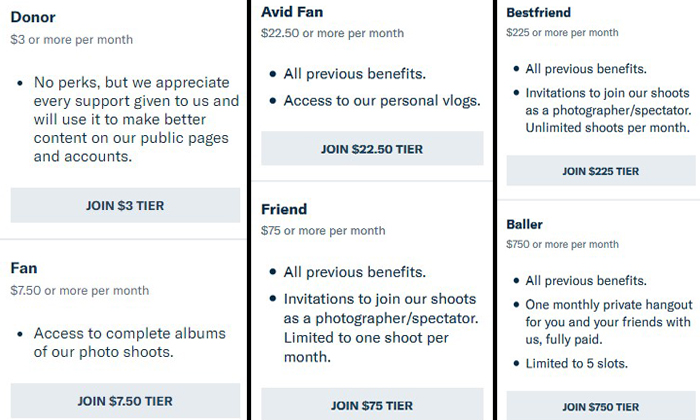 As for the highest tier "limited to one super awesome patron only", it will apparently set you back $5,000, based on the video. 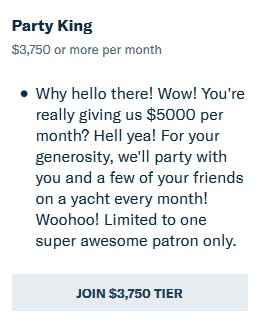 The first 100, 300 and 500 subscribers are also promised a free jar of homemade cookies, access to a party with free drinks, and free entry to a bikini beach party respectively.

SgInstaBabes also posted on Patreon that it would be releasing a "nightie shoot" featuring four girls for September.

Although SgInstaBabes appears to have deactivated its Instagram account, the Patreon campaign page is still accessible and has apparently garnered 88 patrons to date.

We think subscribing to Stomp's free WhatsApp service is a better option.