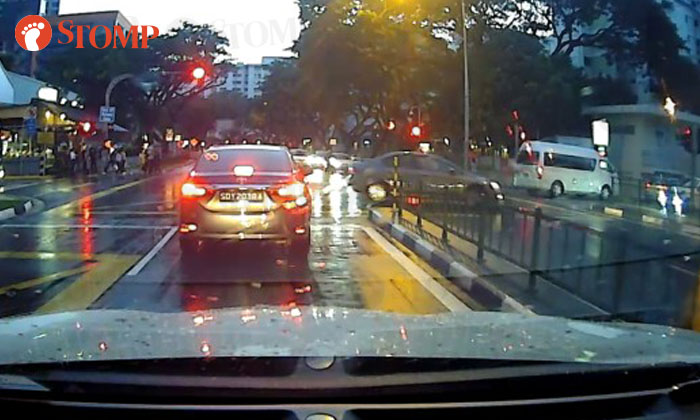 Stomper KC was driving along Clementi Road when he witnessed a car making an illegal U-turn.

The incident was captured by KC's in-car camera and took place yesterday (Nov 13) at about 6.47pm.

In the video, the car is in the rightmost lane, just in front of the Stomper's vehicle.

When the traffic light turns red, the car swerves left and overtakes the vehicle in front of it.

It then makes an illegal U-turn and drives off.

KC said: "I have seen many illegal U-turns made at this particular junction.

"I think it may be because the drivers use Google Maps.

"In Google Maps, I have noticed that as long as there is a clear pathway, it prompts you to make a U-turn."

"The point at which vehicles can make a legal U-turn is about 100 metres ahead from the junction shown in the video," he added.