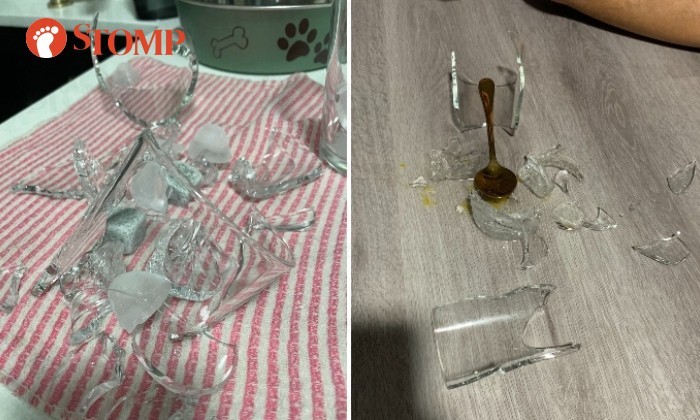 Stomper Jonathan was making a cold beverage for himself in September and was shocked to see the IKEA glass cup he was using suddenly shatter into pieces.

Two months later on Sunday (Nov 15), when another two cups from the same glassware set shattered, he knew something was wrong.

Jonathan sent photos of the broken glass cups to Stomp and shared his dismay that this happened to his newly-purchased glassware from IKEA. 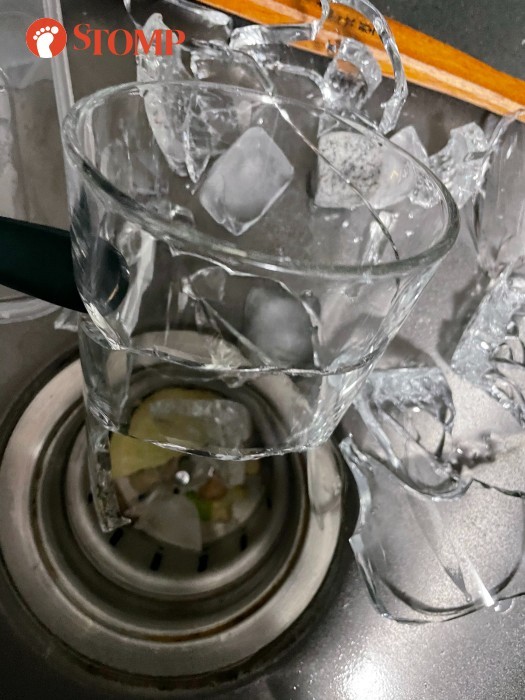 "I bought the 365+ glasses in a set of six from IKEA Alexandra sometime in September. The first incident happened a day after I purchased the glass cups," Jonathan said.

"The glass just shattered and exploded about five minutes after I filled the cup up with ice cubes. I didn't think much of it until it happened again in November.

"Of the two cups that broke in November, the first cup broke immediately after I filled it with ice. The second cup shattered about three minutes after I prepared my cold beverage.

"I'm shocked and appalled by the quality of the cups, considering they are sold in great quantities at IKEA. If the glass had shattered while I was drinking from it, the injuries could have been severe.

"It's clearly stated on the website that these glasses are supposed to hold both cold and hot beverages, so I'm confused as to why this happened."

In response to a Stomp query, Corinna Schuler, Head of Corporate Communication at IKEA Southeast Asia, said: "IKEA Alexandra has been in direct contact with the customer to offer a full refund and apologise for his unpleasant experience.

"We are glad that no one was hurt in this case but we will be reporting the incident to our product developers. We understand how startling it must have been to see a glass product shatter without any apparent warning."

Ms Schuler added that tempered glass is used in IKEA 365+ glasses and most household products because it does not break into uneven shards but, instead, shatters into small pieces.

"However, sometimes the tension caused by a strike, a knock or a scratch stays in the glass and a very small impact can make it shatter unexpectedly, hours or even months later. This happens rarely but is a well-known industry issue," said Ms Schuler.

"At IKEA, safety has always been a top priority, and all our products are tested rigorously to comply with the highest international standards and local legislation."