'I never expected to take him back as a dead body': Mother of worker who died in PIE accident 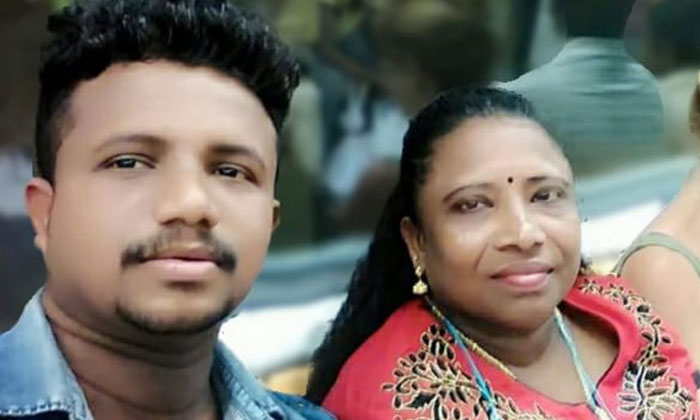 Every night, Mrs Sugunan Shanthi would wait for her son's call so that her worries about his contracting Covid-19 would be eased.

Nearing midnight on Monday (April 19), Mr Sugunan Sudheeshmon's call to tell his mother that he was safe and had just got back to his dormitory in Tuas finally came.

That was the last time the construction worker spoke to his mother.

Mrs Sugunan, 50, was worried about losing her son to Covid-19 but in the end, it was a road accident that took his life.

Hours after their last conversation, Mr Sugunan, 28, was travelling on the back of a lorry when it crashed into a stationary tipper truck on the Pan-Island Expressway (PIE). He died on Thursday night.

A distraught Mrs Sugunan, who is from the southern Indian state of Kerala, told The Straits Times on Saturday morning: "I used to pray 'Please don't let him get a fever,' 'Don't let him get Covid,' and then this happened... He came through all of that only for this to happen."

The domestic worker added: "I never expected to take him back as a dead body. He had so many dreams; I wasn't expecting them to be shattered."

Mr Sugunan, who leaves behind his wife and 18-month-old son, had hoped to make enough money to buy land and build a house that the family could live in, she added.

Mrs Sugunan, a widow, had to leave her two sons behind when she moved to Singapore to work 13 years ago. Mr Sugunan was then 14 and his brother, 11. They both lived with an aunt after Mrs Sugunan left.

Mrs Sugunan, whose husband died before she came to work in Singapore, said: "I had to leave my children and come here and I didn't want his son to grow up in somebody else's house... He wanted to make enough to build a house and go back and I wanted that family to stay together."

"He didn't need to look after me," she added.

Mr Sugunan pawned family jewellery to pay for his broker's fees to join his mother and work in Singapore about 2½ years ago.

He hoped to one day redeem the jewellery but he still had outstanding loans to pay.

The mother and son would meet on their days off, even when Covid-19 restrictions only allowed them to do so for a few hours a week. 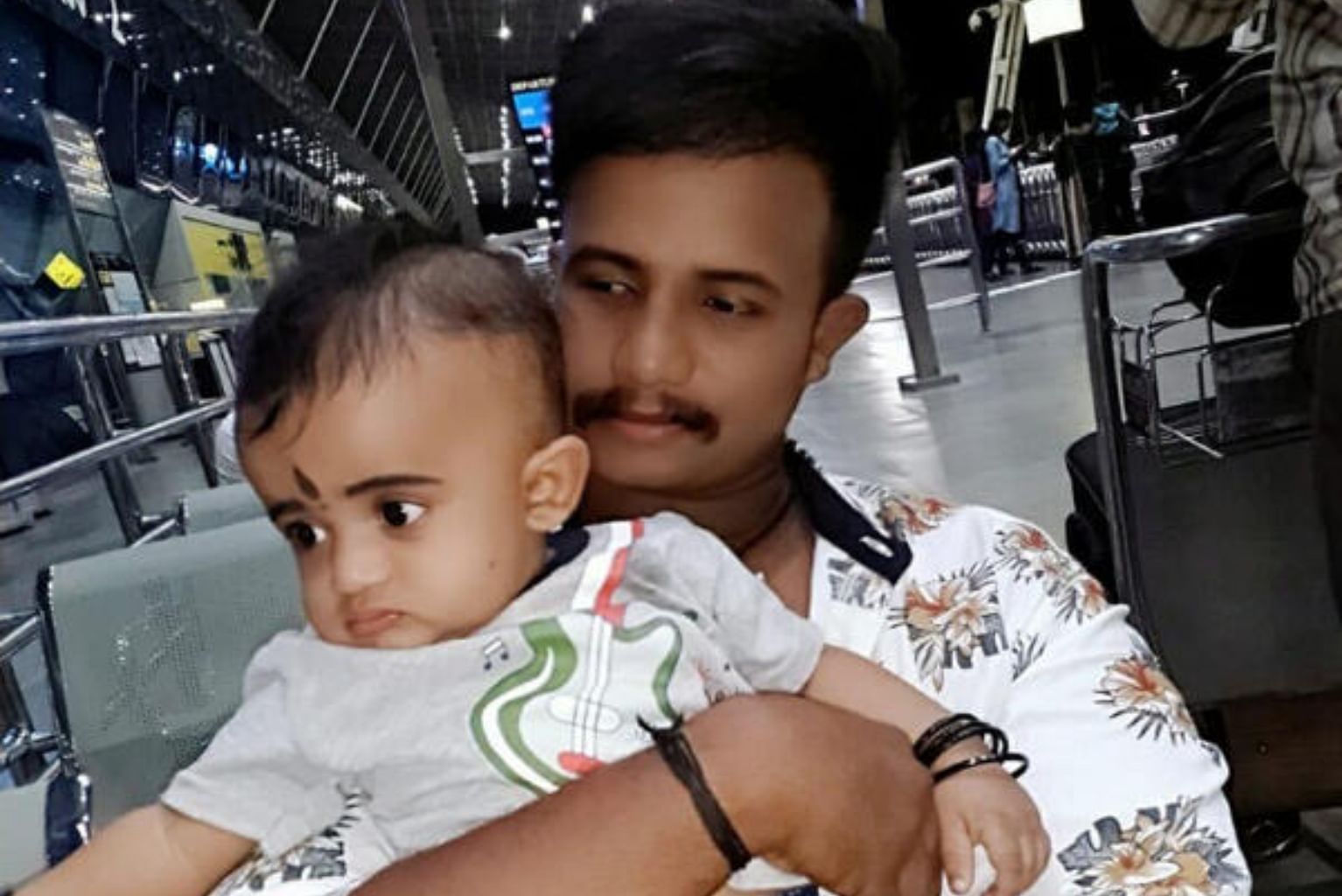 Mr Sugunan Sudheeshmon was married and had an 18-month-old son. PHOTO: ITSRAININGRAINCOATS

Mrs Sugunan recalled how her son's roommates would make fun of him because his mother still bought him clothes and food.

At their last meeting a few weeks ago, Mr Sugunan was teased because he insisted on holding his mother's handbag for her.

Mrs Sugunan recounted how the pair went to Bugis to buy lottery tickets, which her son held on to. She said: "He never expected to die here."

But at about 6am on Tuesday morning, he was travelling on the back of a lorry with 16 others to a worksite in Woodlands when the lorry collided into a stationary tipper truck on the PIE towards Changi Airport before the Jalan Bahar exit.

Another worker, Mr Toffazal Hossain, a 33-year-old Bangladeshi, died in hospital on Tuesday. Five other workers remain in hospital.

The lorry driver, a 36-year-old man, has been arrested for careless driving causing death.

Mrs Sugunan's employer, Mrs Veena Cherian, 50, had gone with her to see Mr Sugunan while he was in the intensive care unit (ICU).

"She was so hopeful. When we prayed at the ICU, we both just had this feeling he was going to come back," said Mrs Cherian, an administration manager, who recalled how the pair had visited Mr Sugunan hours before he died.

Mrs Sugunan has been speaking to a counsellor with non-profit organisation ItsRainingRaincoats.

She returns to India on Saturday night and is aware she might not be able to return to Singapore soon in the light of Covid-19 restrictions. As at 11.59pm on Friday, long-term pass holders and short-term visitors who have travelled to India within the last 14 days will not be allowed to enter Singapore.

But she has decided to be with her family and her other son. 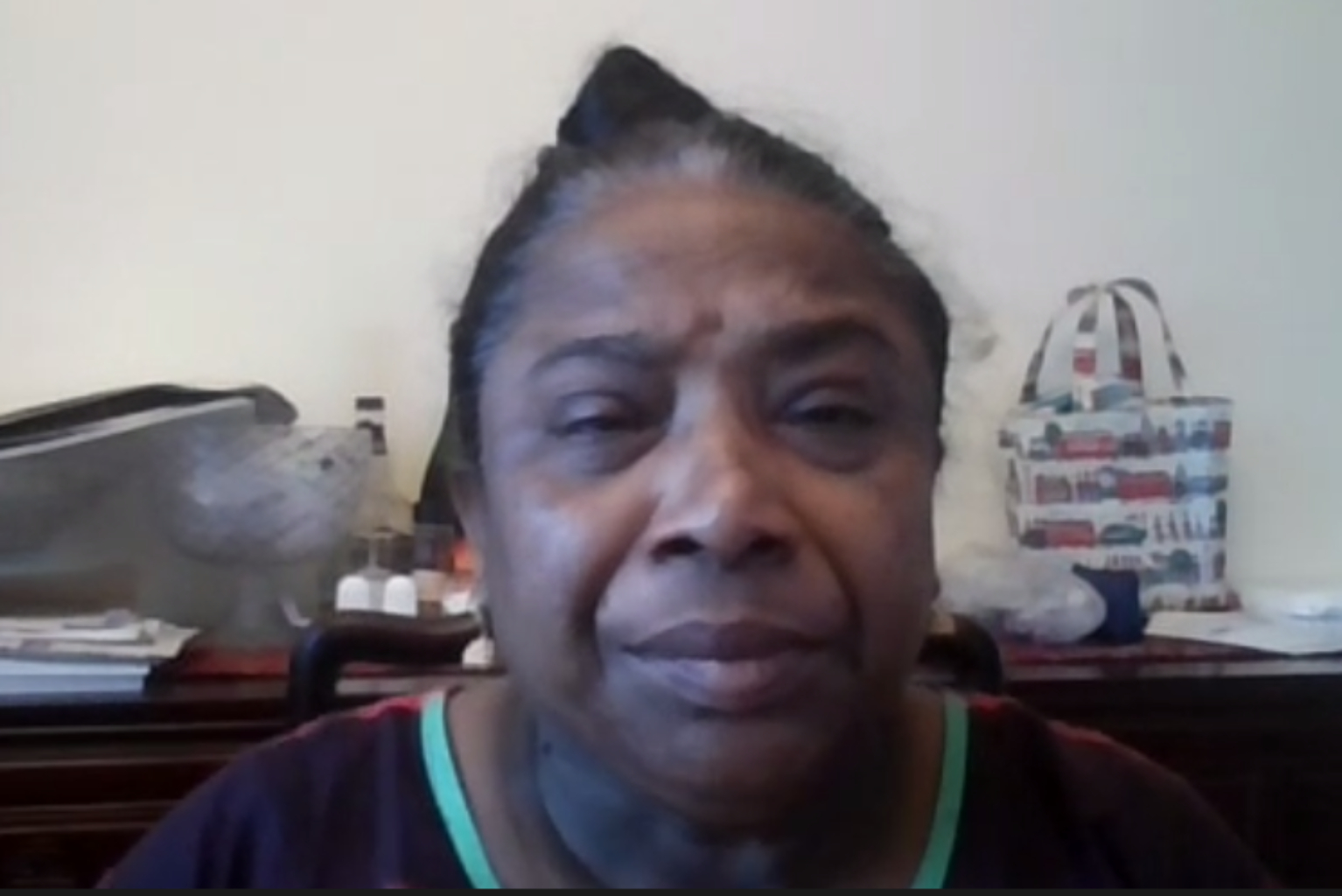 Following the accident, Mrs Sugunan hopes that more can be done to ensure that workers are transported safely.

According to the Land Transport Authority's One Motoring website, lorries are currently allowed to ferry workers between their lodgings and workplace. However, they must not travel faster than the road speed limit, or 60 kmh, whichever is lower.

Among other rules, workers carried on the carriage deck of lorries must be properly seated "in a manner that would not cause them to fall off the vehicle" and the lorry must not carry more people than permitted based on the measure of a minimum deck space requirement of 4 sq ft per seated worker.

Mrs Sugunan called for the rules to be tightened to protect workers, for example, by making seat belts mandatory.

She said: "I hope they make better measures... so no other mother will have to lose a child like this."