Bangladeshi worker who died in PIE accident had not been home since 2018, hoped to return in 2 months 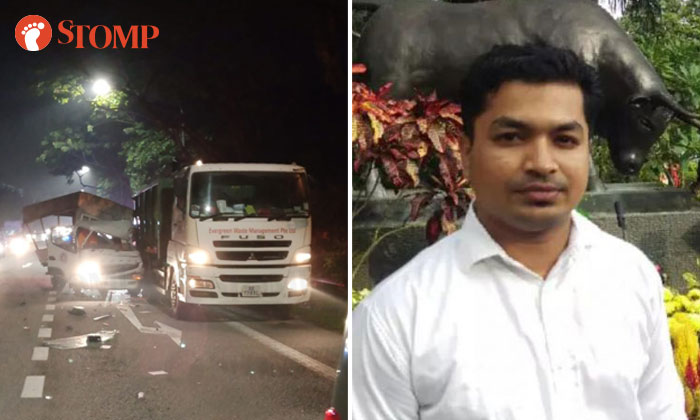 A phone call about Ramadan between Mr Zahirul Islam and his nephew Toffazal Hossain a few days ago turned out to be their last.

Mr Toffazal, 33, died after an accident on the Pan-Island Expressway on Tuesday morning (April 20) on the way to a worksite in Woodlands. The Bangladeshi national was one of 17 migrant workers travelling in the back of a lorry that collided with a stationary tipper truck.

"I just spoke to him two days ago to ask if he could fast at his dormitory," said Mr Zahirul, 34, a safety coordinator who stays at another dorm in Kranji. He added that Mr Toffazal had been anxious to return home after paying for his mother's open heart surgery, but did not have enough funds to do so.

"Around six months ago, he called me to borrow money to go to Bangladesh to visit his mother (who is in her late 50s)... If he had left Singapore, he might not have had this accident," said Mr Zahirul, who last saw his nephew over a year ago before circuit breaker measures prevented them from meeting in person.

Speaking to The Straits Times from Bangladesh on Wednesday, Mr Toffazal’s cousin Md Saiem described him as the sole breadwinner of his family. He had worked in Singapore for more than 10 years, he said.

Born and raised in Rakhalia village, Mr Toffazal leaves behind his parents, his two-year-old son and wife. He has three older sisters and a younger brother, 27, who is interning in a medical college.

Mr Toffazal's father Tofayel Ahmed, who is in his 60s, teared up as he recalled his last phone call with his son on April 17. "He said he would try to visit us in two months, before Hari Raya Haji," he said.

Mr Toffazal had not been home since he got married in 2018.

Because of their mother's health, his brother Abdul Aziz, 27, has not broken the news to her. "I have told my aunts and my sisters not to tell her either. All we have said is Toffazal met with an accident and is in hospital and needs her prayers," he said over the phone.

Their father, Mr Tofayel, recovered from Covid-19 a month ago. "He is still weak. My brother told me to take care of our father and he would help send any money required. My brother was like a friend to me. I do not know what to do now," Mr Abdul Aziz said.

The body of Mr Toffazal is expected to be flown home to Bangladesh on Sunday. 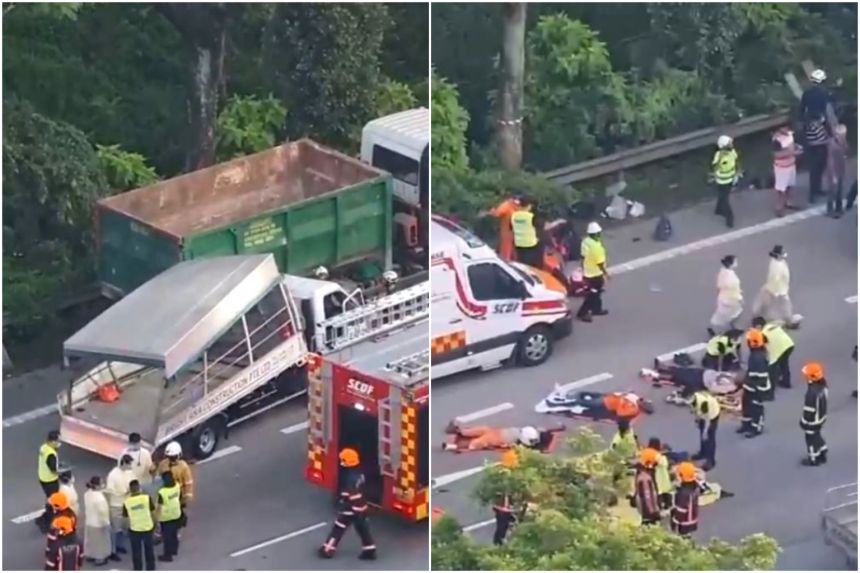 Mr Zahirul, who is helping the family to coordinate the repatriation efforts from Singapore described his nephew as a "very quiet" and kind man who had donated blood. Both he and friends of Mr Toffazal have pooled together funds which they intend to send to his nephew's family.

While saddened by the loss, Mr Zahirul added that the risk to safety remains for migrant workers being transported to worksites if systemic issues are not addressed. "For one, there are no seat belts at the back of lorries," he said.

Non-profit organisation ItsRainingRaincoats said it is in touch with Mr Toffazal's family to offer grief counselling.

Another 16 workers were injured in the accident. Contributions to the affected workers or towards the cause of supporting needy or distressed migrant workers can be made at this link.