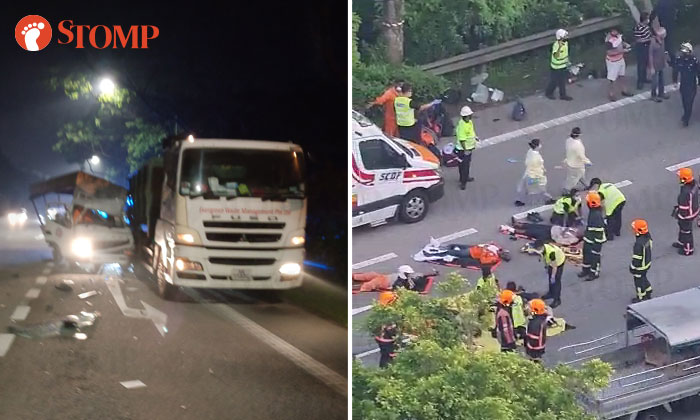 A 33-year-old lorry passenger died after the lorry he was in crashed into a stationary tipper truck along the Pan Island Expressway (PIE) on Tuesday morning (Apr 20).

Stomper Tom alerted Stomp to the incident and shared photos showing the damaged lorry and debris scattered on the road.

"I saw a few workers sitting by road shoulder and others inside the lorry behind," he said. 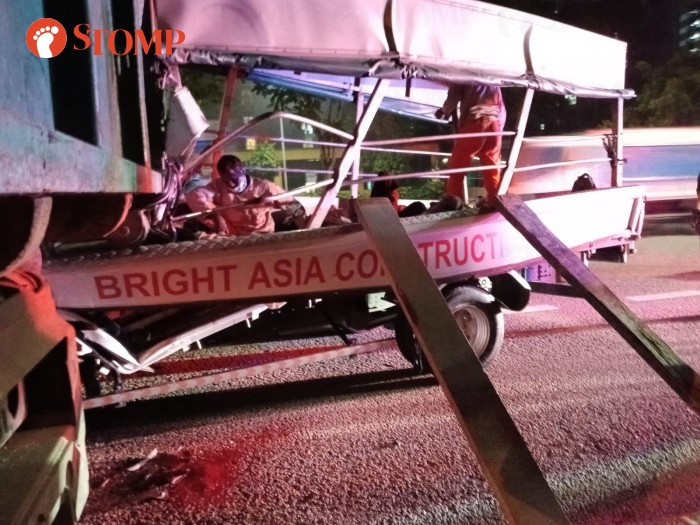 "All of them were waiting to be rescued.

"I could see they were bleeding and some had head injuries. 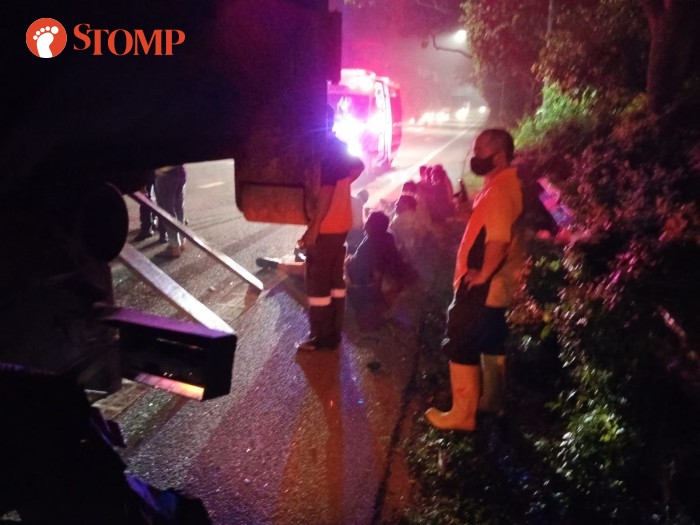 "They were screaming for pain and none of them were able to move."

In a video circulating online of the aftermath of the accident, several men were seen lying on the road, surrounded by at least two ambulances and a fire engine.

In response to a Stomp query, the police said they were alerted to the accident along PIE towards Changi Airport, before the Jalan Bahar exit at 6.06am.

"All 17 male lorry passengers, aged between 23 and 46, were conveyed to the hospital, two of whom were unconscious," a police spokesman said.

"A 33-year-old male lorry passenger subsequently died from his injuries.

The Singapore Civil Defence Force said two people were found trapped in the rear compartment of the lorry. They were rescued using hydraulic equipment.

According to The Straits Times, all of the passengers are foreign workers who work for Bright Asia Construction.

When contacted by ST, a man from Bright Asia Construction said that investigations are ongoing. He declined to comment further.