Hougang NPC officers arrest 8 people engaged in 'settlement talk', say "there is only ONE gang and 'big brother'" 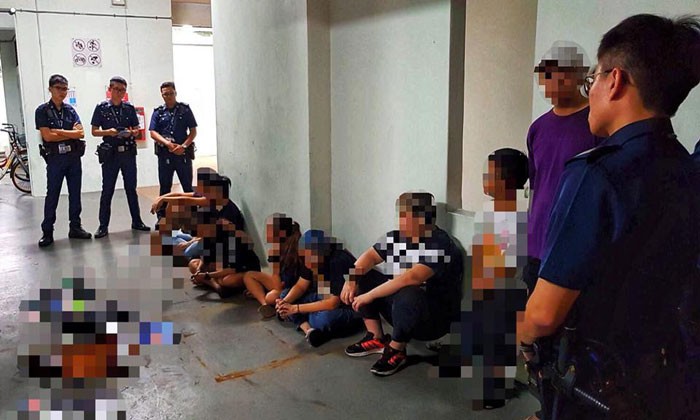 Hougang Neighbourhood Police Centre (NPC) has made it very clear in a tongue-in-cheek Facebook post that they are the only "gang and big brother" in the estate.

According to the post on Thursday (Feb 1), eight people were arrested after detaining them and finding evidence relating to a "settlement talk", which is often carried out between gang members.

The post included a photo of police officers rounding them up.

The police were alerted by concerned residents on a case of a possible fight involving a group of people at Hougang Avenue 9.

The suspects are currently assisting police in their investigations.

Hougang NPC said in their post that they will not tolerate blatant disregard of the law and will act swiftly to suppress such "anti-social and criminal" behaviour.

"Here in Hougang, there is only ONE "Gang and Big Brother" ie. call sign Hougang NPC and we will never allow anyone to disrupt the peace and serenity within our neighbourhood and estate.

"So to those who intend to create problems in our neighbourhood, you have been forewarned..."