Hello, this is not a trash bin! Man leaves baby diaper on parked car at VivoCity 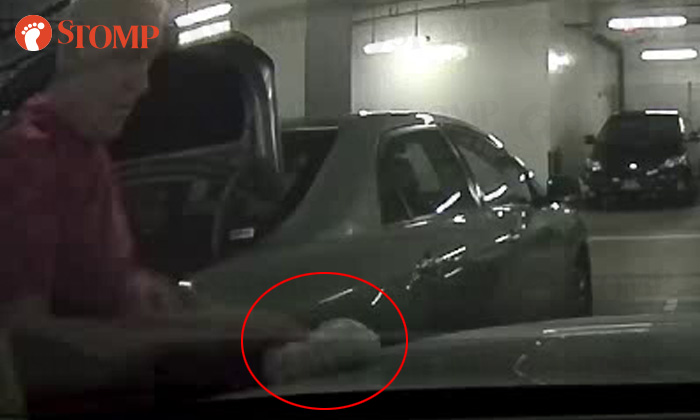 A man was spotted on camera leaving a baby diaper on the bonnet of another car at VivoCity Basement Two carpark yesterday (Sep 23) at about 2pm.

According to Stomper Thomas, he found the baby diaper on the bonnet of his car when he came back to his car at around 4pm.

When he reviewed the footage from his in-car camera, he noticed that the diaper had been left there by a man about three hours after Thomas had parked his car at 11am.

A second video showed the man later returning to the car with a woman and a baby.

They then entered their car and left, leaving the diaper on the Stomper's car.

Below are the screenshots from the video. 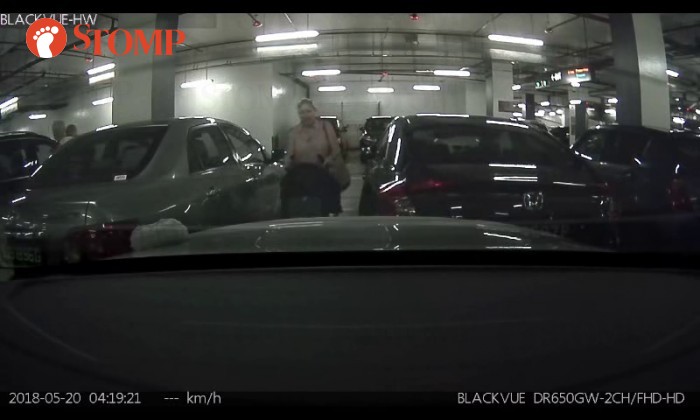 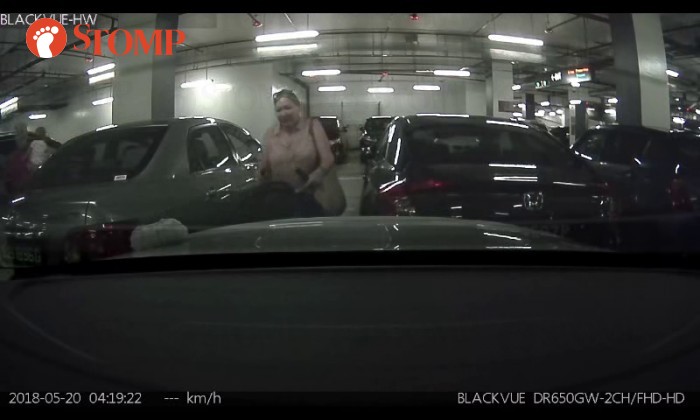 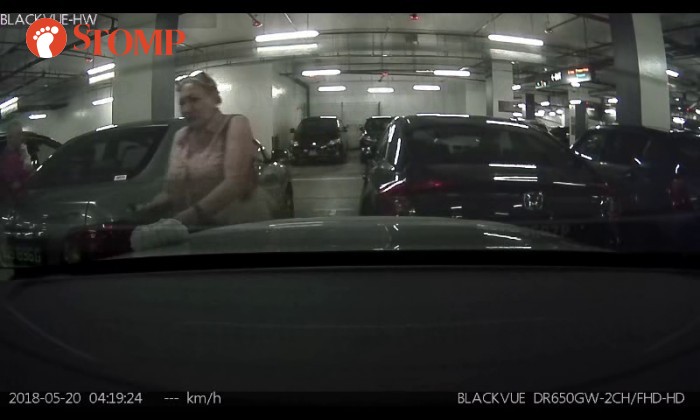 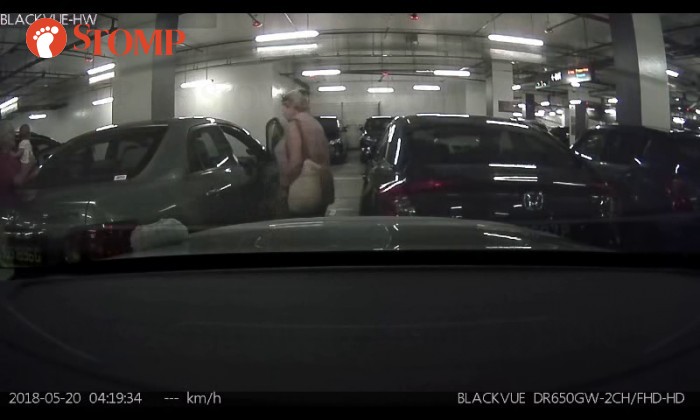 Stomp understands that the timestamps on the video are not accurate.

"I parked my car at VivoCity Basement Two carpark at around 11am," said Peter.

"When I came back to the car at about 4pm, I noticed there was a diaper on the bonnet.

"From the way it was folded, I could tell that the diaper was used.

"I checked the footage from the in-car camera and saw that a man had left the diaper there about three hours after I parked the car.

"The video showed the man looking into my car to see if anyone was inside before he left the diaper on my bonnet.

"The man then left and came back around an hour later with a woman and a baby.

"From the footage, I can see that the woman also saw the diaper on my car but did not do anything about it.

"They drove off and left it there."

Related Stories
Why is there a soiled diaper on the floor of this restaurant at Changi Airport T1?
Litterbugs ignore nearby bin, turn Jurong West pavilion into 'rubbish collection centre'
Urine and uncleared rubbish stink up void deck of Block 186 Boon Lay Ave
More About:
litterbug
litter
diaper
disgusting