Guy from dating app turns nasty after getting rejected, says he's got $354k to show lady she's 'missing out' 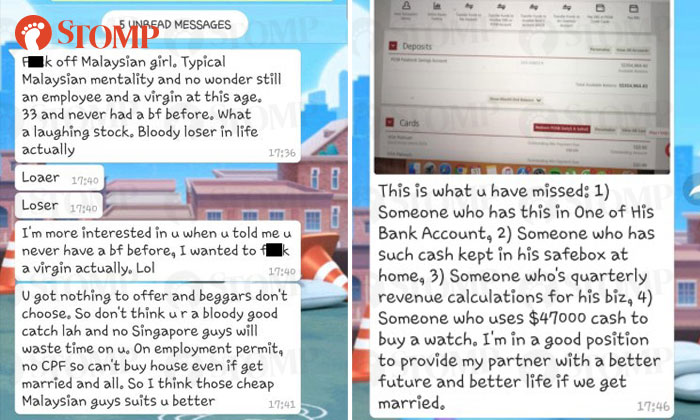 In this digital age, more people are trying out online dating in their quest to find love.

However, like any form of dating, women may have to sift through a handful of frogs before finding their prince.

Stomper Carrine decided to sign up for Facebook Dating on Friday (Oct 18) and received a message from a match the next morning.

They exchanged numbers and started chatting but on Sunday afternoon, the conversation took a turn.

"It got really weird and nasty," Carrine told Stomp.

"He started chatting with me through the Facebook Dating app and because I was seldom on Facebook, I agreed to continue the conversation through WhatsApp.

"He was chatty from the beginning, telling me about himself and asking me what I'm doing, where I'm from, where I live and so on.

"It was getting to the extent that I didn't feel like sharing too much so I stopped for a while.

"Thereafter, he came back with these lengthy messages, making assumptions about my character."

In screenshots Carrine shared with Stomp, the man appears to suggest that he will stop bothering her after she tells him to take it slow, saying that he can't stand "inconsistencies in communication". 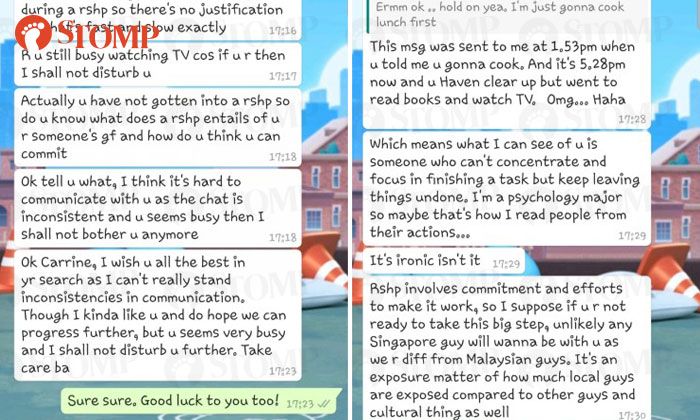 Despite agreeing with him and wishing him luck, he can't seem to let it go.

He then criticises her lifestyle and makes assumptions on her personality just because she told him she read books and watched television.

He tells her that relationships require "commitment and effort to make it work" even though they have only been chatting for a couple of days.

When she responds to his 'analysis' of her behaviour by saying she does not want to go into detail of what she does in a day, he starts becoming vulgar and calls her a 'loser'.

He also says: "[You've] got nothing to offer and beggars don't choose."

When she laughs him off and calls him a "crazy person" he goes on to take a photo of his alleged bank account details to show her what she has "missed'. 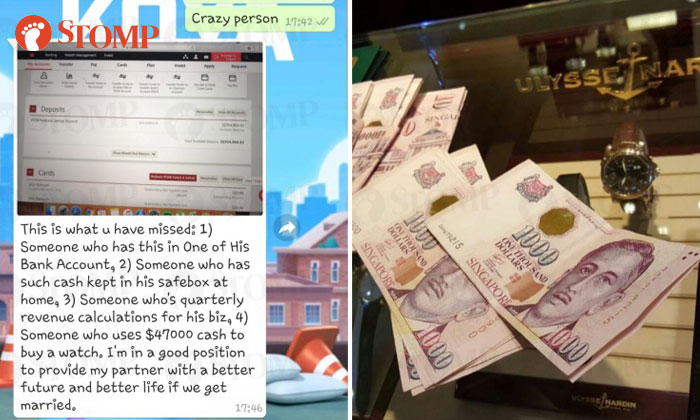 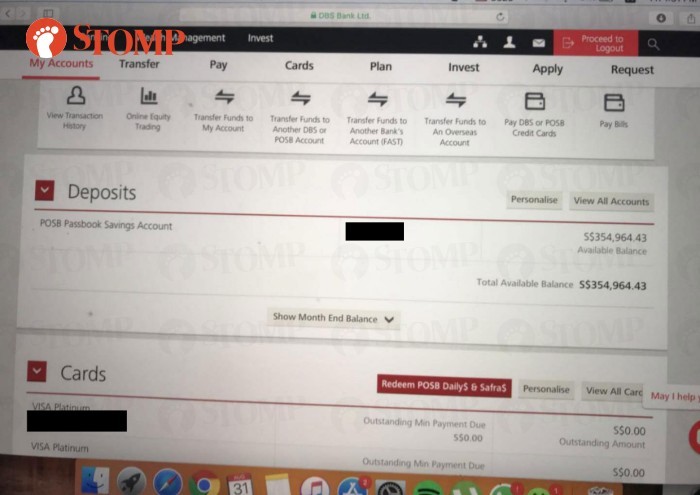 He tells her he is someone who can buy a watch with $47,000 cash and that he would be in a "good position" to provide for his partner.

He also sent her photos showing stacks of money.

When they first started chatting, he had shared that he runs a car accessories trading business and co-owns a car leasing company.

"I just thought of sharing with you guys about my wonderful weekend," she said.

"I've reported him through Facebook but I doubt anything will happen."

Related Stories
Woman on dating app asks Stomper to let her "see more", gets what she asks for
Married S'pore man asks woman on dating app to visit hotel -- so she texts his wife
Man gets banned from Tinder after going on insane rant at girl because she took too long to reply
More About:
dating
text
rude