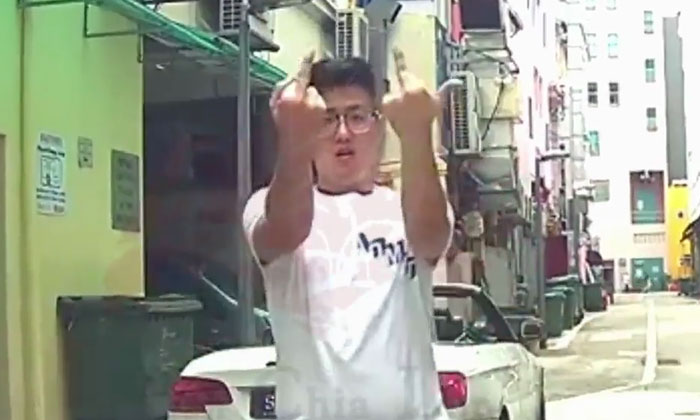 A young man was caught on video flashing both middle fingers at a driver who had sounded his horn at him for blocking road access at Liang Seah Street.

Stompers Cheryl and Tan alerted Stomp to the video that was posted on Beh Chia Lor - Singapore Road's Facebook page on Friday (Oct 26), contributed by KL. It is unclear when this incident took place.

KL referred to the man as an "uncouth self-entitled young spoiled brat" in the post.

In the video, the man and his friends are loading items into a white convertible BMW that is parked in a spot that appears to not give much leeway to other passing vehicles.

KL said that he was "waiting with patience" before finally sounding his horn at the group.

That's when the youth gestured confrontationally at the driver before flashing his "double middle finger".

He also turns back and flashes the middle finger again at KL as his friend gets into the driver's seat of the BMW before the video ends. 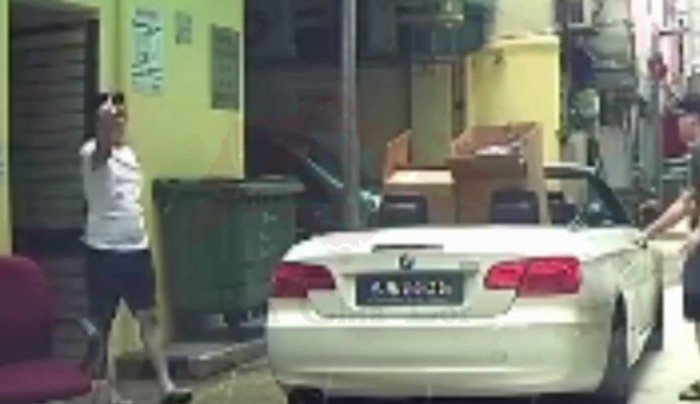 KL said: "You will be forgiven if your grandfather's name is 'Liang Seah'."