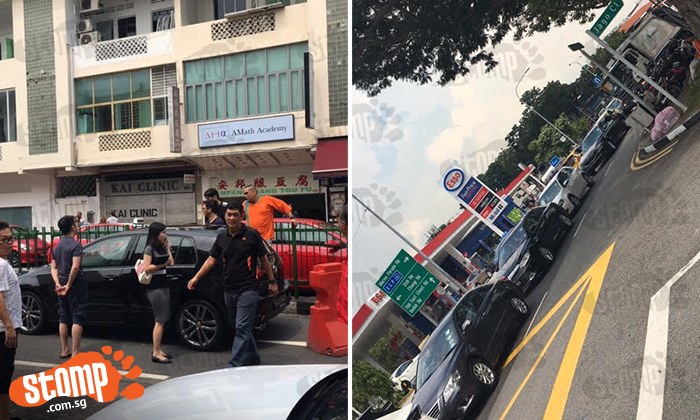 Stomper Catherine said a group of motorists and passers-by, including her husband, helped to push a car that had broken down and caused a long jam at East Coast Road at 12pm today (Jan 14).

The Stomper said the car had caused a jam, which lasted 45 minutes, as the road was very narrow and there were many other vehicles behind the car, including buses.

"A couple were in the car, but when passers-by approached to push the car, the driver refused as he said the electronic equipment had failed in the car so he could not get inside.

"Another driver offered to unlock the car for him, but he refused.

"Other drivers suggested that they get in and change to neutral gear and push the car aside, but the driver also refused that as he was afraid his gearbox would spoil.

"Eventually, everyone got very frustrated and demanded the vehicle's keys from him.

"They got in, changed the gear to neutral and pushed the car out of the way.

"Thus, the jam was cleared.

"The entire incident was completely unnecessary.

"This driver is very selfish."