Women steal items worth over RM2,000 from Johor store -- and look where they stuff their loot 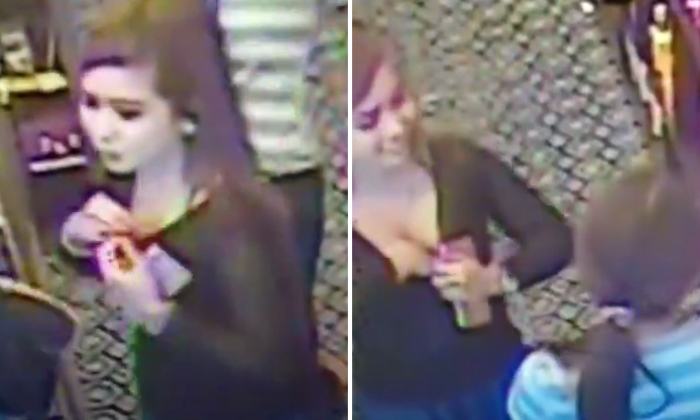 CCTV footage of a group of women shoplifting and hiding the stolen articles in their chest have gone viral online.

In videos shared by Ika Tieqa on her Facebook page, the women are seen pacing around the shop and giggling while grabbing objects off the shelves, before hiding them in between their chests.

One women was also caught stuffing some cosmetics into another woman's bag after making sure that nobody was watching.

As if these were not bad enough, the women even took a group selfie after raiding the shop.

According to Ika, the incident happened in a boutique store known as Blackcube Rich, in Parit Jala, Johor in Malaysia, although the exact timing and venue cannot be ascertained.

The post have since gone viral, with over 5,000 shares.

Said Ika: "They stole cosmetics worth RM2,000 within minutes!

"The store was only manned by three men at that time and they took advantage of the situation."

Check out the videos below.