Taiwanese tourists robbed of $2,700 after falling into deep sleep at 'strange' Pattaya hotel 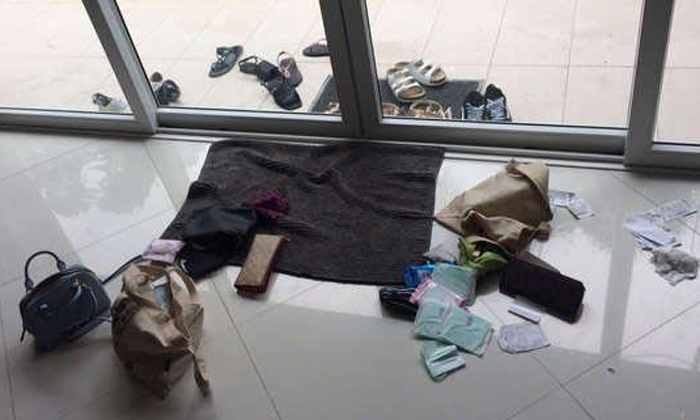 Six female Taiwanese tourists were reportedly robbed after falling into a deep sleep at a resort in Pattaya, Thursday (Sep 22) evening.

The tourists, all women, found that over NT$63,300 (S$2,745) in cash had been stolen when they woke up Friday morning, the Central News Agency reported on Saturday from Bangkok.

The six tourists, who were travelling together in Thailand, called the Taipei Economic and Cultural Office in Thailand for help.

The tourists had made an online reservation at a well-known resort called VIP Villas Pattaya Palm Oasis Jomtien Beach. In a telephone interview with CNA, the tourists said that they had found the check-in process "strange."

"After we checked in, the counter service staffers found various reasons to deny us room keys. They asked us to put our luggage in the rooms and to have a walk around," one tourist said.

The woman reportedly told staff that their room telephone did not work and that the French windows did not lock. Though asked to resolve these issues, the staff did not, according to the tourists.

After returning to the resort at night, the tourists smelled what they later described as an "unusual odour" in their rooms.

One of the tourists, in a social media post, said the odour was "very fragrant" and that it triggered headaches and extreme fatigue.

The women - even one who was a chronic light sleeper - proceeded to sleep deeply all night, according to the post.

The following morning, the group reportedly woke to find the French window open and their wallets scattered across the floor, with over 70,000 Thai baht (S$2,745) missing.

The tourists reported the case to police through Rabu Tangthongtavee, a member of the Thai-Chinese community.

They had first asked hotel staff to report the case to police, but the request was ignored, according to CNA.

Instead of helping them report the incident, staffers allegedly blamed the group of guests for failing to lock up their personal property.

One tourist said, "We dare not imagine the outcome if our physical safety had been threatened. We hope tourists from Taiwan will not stay at this villa and recommend being wary of personal property and physical safety when travelling in Thailand."

She said a staffer told them a total of seven thefts had occurred at the villa within 10 days.

The airline confirmed the report, saying that the flight attendant was on personal leave and that the company would give her assistance if needed.