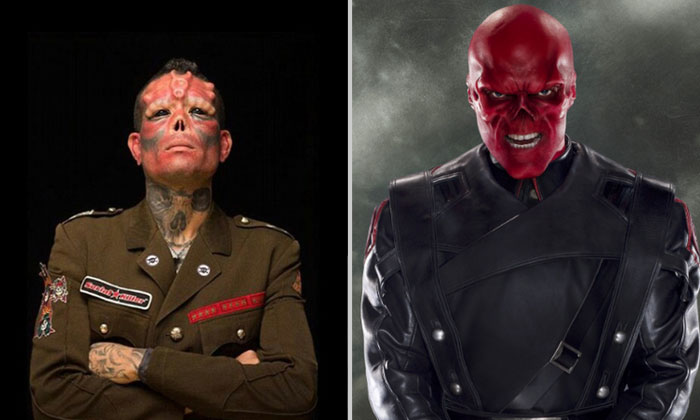 We've all had childhood dreams of becoming princesses or superheroes.

A guy from Venezuela wanted to become the fictional super-villian Red Skull and spent lots of money on making that dream come true.

Red Skull first appeared in Marvel comics in 1947 as the Nazi enemy of Captain America.

TheLadBible reported that Henry Rodriguez said: "I started this project around seven years ago. I wanted to turn myself into this amazing comic character who I've really admired since I was little. I feel like there are similarities between this character and I regarding personality and attitude."

However, be rest assured that Henry had gone through various physical and psychological tests before the makeover.

He also said that his family, including his three-year-old son, has come to accept him and his decisions.