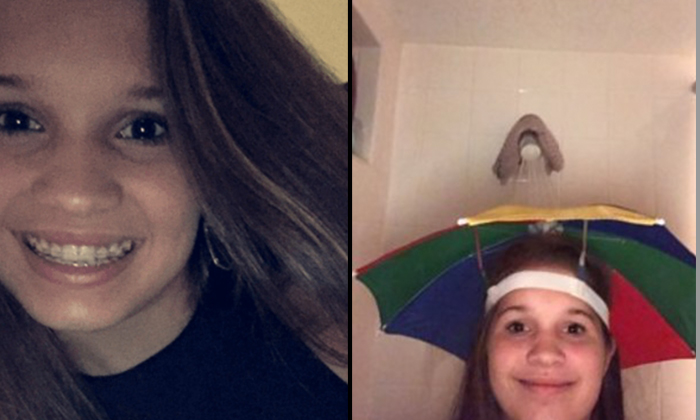 Ladies, you might want to keep this for future reference. 16-year-old Reese Herbert from Houston, USA had this awesome response when a boy texted her asking for a photo of her in the shower.

Herbert was home from school preparing to take a bath when the boy sent her a message. She was not aware that he had her number, but responded to him.

When she mentioned she was about to take a shower, he told her "I wanna see".

Unfazed, she sent him a photo of her wearing an umbrella hat in the shower.

“I needed to spend $20 on Amazon Prime now and I was $3 short so I was just looking for something to get and I found the umbrella hat and I thought it was so funny so I got it and I thought I would never use it,” she said.

The guy replied with a "Wtffff" and Herbert told BuzzFeed News that he has not texted her since.

Other girls have also tweeted Herbert with photos of them wearing the umbrella hat and others have praised her for her ingenuity.

Her photo has since gone viral, appearing on Buzzfeed and even a Finnish news site.