Guess how much Chinese emperor's imperial seal sold for? It's the most expensive one in the world 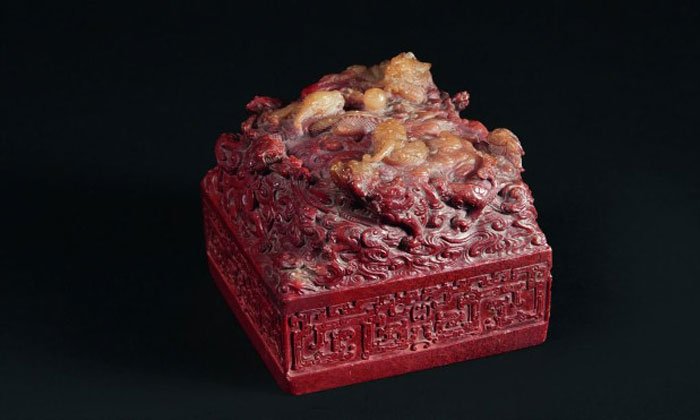 Last Wednesday (Dec 14), the lucrative practive of selling Chinese culutral relics on the international market culminated to a high of $22 million (150 million yuan) after the sale of an 18th-century Imperial seal.

The seal was sold at over 20 times its asking price -- making it the most expensive seal ever sold, reported Shanghaiist. It is unsure however who the imperial seal now belongs to.

Made of red and white steatite, the palm-sized seal is decorated with nine dragons which symbolises masculinity and imperial authority.

In the 19th century, the seal was acquired by a French naval doctor during a trip to China, after which it remained in his family.

Even though sales of Chinese cultural relics have been common in international auction houses, China still does not appreciate its national treasures being sold abroad.

In fact, the State Administration of Cultural Heritage was formed in 2010 with the sole purpose of retrieving stolen and illegally exported cultural relics "by any means necessary in accordance with international practices and the country's laws."

And their efforts have paid off during past encounters. Take for example the return of an ancient bronze ware from the Shang Dynasty back in 2014 after a successful deal with Christie's auction house in New York. After spending a century abroad, the over 3,000-year-old vase is now exhibited in a Hunan museum.

But of course if things do not work out via diplomatic means, Chinese collectors will go out of their way to retrieve the relics themselves.

Back in 2009, art collector Cai Mingchao boasted that it was "patriotism" that made him bid 15 million euro for a lost cultural relic from the destroyed Old Summer Palace which he had no intention of ever actually paying.

Even though they are the objects of such high esteem, Chinese historical and cultural relics usually have very shady origins. According to one analyst, 90% of antiques in the Chinese market are either fakes or state-level relics stolen by tomb raiders.