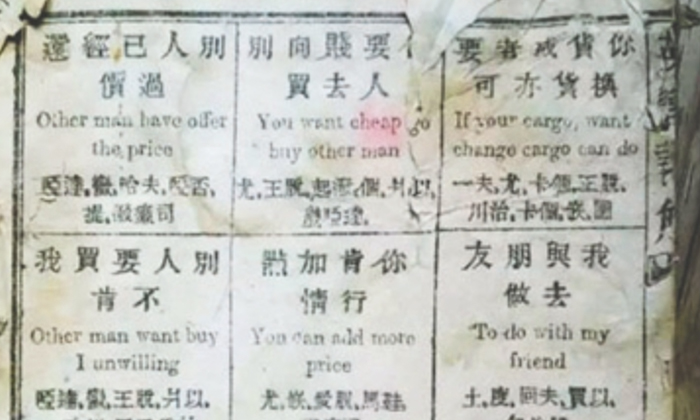 "Other man want buy I unwilling", "you can add more price".

These are some of the phrases from the 150-year-old English textbook meant for the Chinese people.

The Chengdu Business Daily reported that the owner of the textbook, a Chengdu-based collector, shared these images.

The book was published during "Emperor Xianfeng's 10th year of reign", which puts it around the 1860s.

Each phrase is printed in a square, with the Chinese phrase on top, followed by the English translation and the pronunciation at the bottom. The pronunciation is written in Chinese characters.

The collector, surnamed Yao, discovered this textbook at an old book market. The 40 page book captured his attention when he spied the English words.

However, Yao admitted that the translations were a bit inaccurate: "Going by the pronunciation, I don't think the foreigners could have understood what the people were saying."

Related Stories
Chengdu students watch as school officials smash their confiscated electronic appliances with an axe
Are you 'oak-kay'? Woman in China rides on electric scooter with makeshift IV on a branch
In the morning it's Valentine's Day, at night it's Halloween: Chinese woman shows the power of makeup
Chinese woman convinces 20 boyfriends to buy her iPhone 7s --- then sells them all to buy a house
China
funny
cool
learning english
english