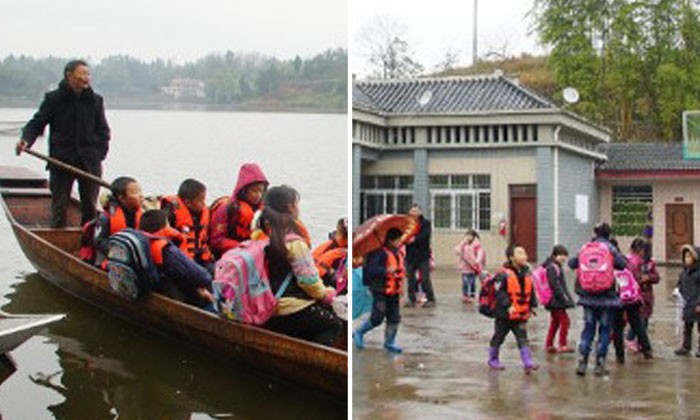 Li Congshu is a boatman as well as a teacher to 13 of his students who he picks up and transport over to the opposite side of Huilong Reservoir near Sichuan province in China.

He walks out of his house at around 7.30am and treks 20 mins to the pier before boarding his boat and rowing it with the children wearing life jackets.

According to Shanghaiist, the children would take two hours if they walked to school but with Li rowing, the journey only takes half an hour.

Li also row the kids back home and has been doing it every day for the last ten years since the Three Gorges Dam caused the water level to rise in Chongqing's Dazu county.

He has also been a teacher for over three decades but does not get extra pay.

Instead, he earns acclaim and gratitude of his colleagues as well as his students' parents.

If not for him, parents might have to row their kids to school themselves and that is the situation currently for families who live in the area as local transport infrastructure is in a dire state.