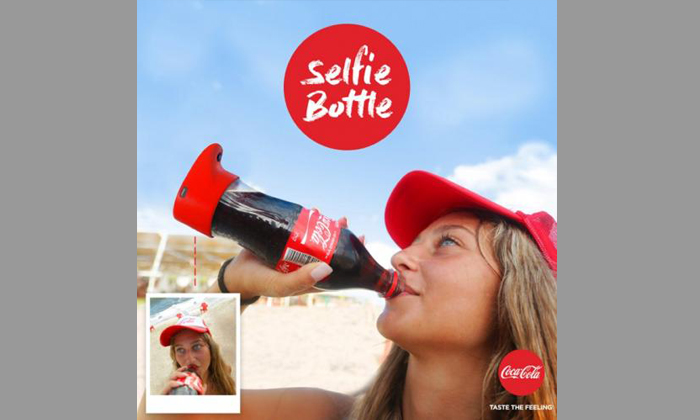 Coca-Cola has recently unveiled the all new ‘selfie bottle’ --  which will allow you take to a picture of yourself drinking wherever you are, reported Metro UK.

This brilliant idea was that of Gefen Team who designed it for Coca-Cola Israel in hopes to close the gap in the market for novelty drinks.

It was made in line for its Summer Love campaign, where the idea is simple: everyone shares pictures of themselves drinking coke to Snapchat, Facebook and Instagram.

So how exactly does one snap a picture with the bottle? It's actually not as complicated as it might seem to be.

According to the site, the in-built camera at the base of the drink, takes a picture of its owner when titled at 70-degrees.

Gefen Team, who tested it this summer, told Gizmodo: ‘It really did the trick and made the party goers more present and active during the event knowing they could share their special moments just by drinking.

‘This way, the participants could capture and share their moment without pausing the fun, so drinking Coca-Cola really does make every moment special.’

There’s no mention of a release date yet, so for the moment you’ll have to wait before you can share you drinking with the world.