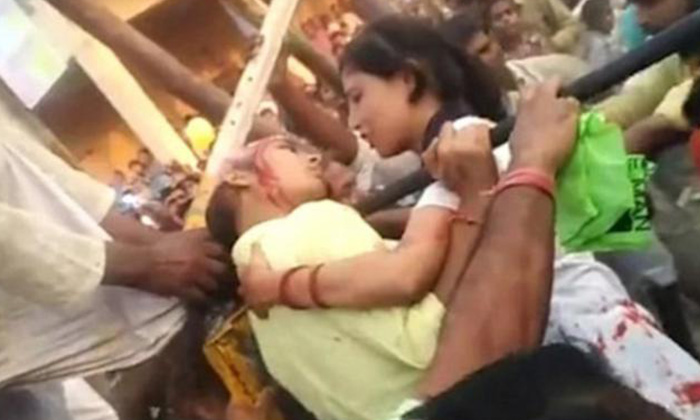 Many have suffered injuries or lost their lives after slipping off a cliff while trying to capture a perfect shot of themselves with a scenic backdrop.

But an unexpected selfie mishap occurred when the victim was standing on what was supposed to be a safe zone.

A college girl in Uttar Pradesh, India did not expect to have her glorious head of hair scalped while posing for a picture with a ferris wheel whirring right behind her.

A viral video shows the aftermath of the accident, with the victim looking shocked. Her long locks were ripped off from her forehead, exposing a pate with remaining hair hanging at the back.

The horrific scene in the clip shows people scrambling to free her after her hair got entangled in the large wheel. Eventually rescued, she could take consolation from the fact that her hair would grow back.

The video went viral after the incident was reported by Newscrunch in late September.

There had been reports of a high incidence of freak accidents involving selfies in India in recent years, compared to other countries. Last year, about half of the 27 reported "selfie related" deaths around the world occurred in India, according to The Washington Post.

But accidents involving the loss of hair have happened even without such self-portraits.

In May this year, a 11-year-old girl also had her scalp yanked off after her hair got caught in a carnival ride in in Nebraska.

Several months ago, a woman in China had her sumptuous mane ripped from her head while participating in an internet craze - devouring corn on the cob from a rotating power drill.

Related Stories
This is why you shouldn't take a selfie while cycling
More About:
selfie
dangerous