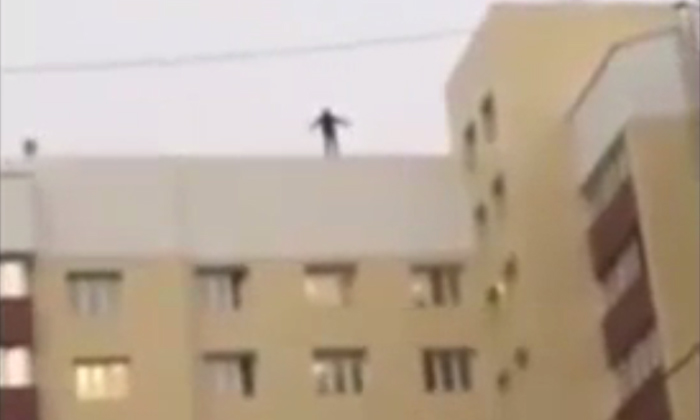 A Russian teenager fell from the roof of a high-rise building after struggling for ten minutes to climb back to safety.

Some claimed that the 19-year-old, identified as Tamerlan, had been taking a selfie when the tragedy occurred, while others had a much different ccount of what happened.

According to Unilad via The Sun, a friend of the teenager explained that Tamerlan had gotten into an argument with his girlfriend moments before climbing onto the roof.

"I reckon maybe he just wanted to scare her. But by the time he slipped, it was too late," said Tamerlan’s friend.

Witnesses were visibly upset by the horrific accident that took place in the town of Novy Urengoy in north central Russia.

However, many questioned why the person filming the entire incident did not intervene and instead, chose to capture the morbid moment and then share it with the world.

You can take a look at the footage below.