Skill level over 9000? Watch how trailer squeezes through narrow road between two buildings 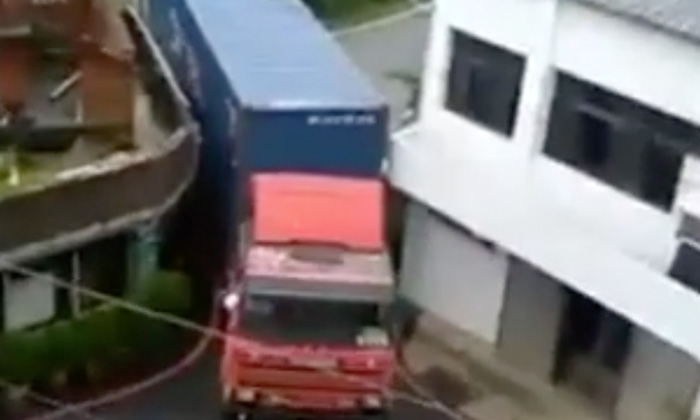 This trailer driver's driving skill is so impressive that even Goku from Dragon Ball admits, "It's over 9000".

A video that went viral on Facebook shows a trailer passing through a narrow road between two buildings.

Tensions were all-time high as a woman recording the video was anxiously providing her own commentaries in a mix of Chinese and Hokkien.

"Do you think the trailer can successfully come out (from the narrow road)?" asked one man.

"The driver still has to stop and give way to the ongoing vehicles."

In the video, a few men are spotted pointing and directing the driver.

The trailer driver is also seen reversing the vehicle to give way to a huge lorry that was passing by.

After a few minutes of struggle, the trailer driver managed to skillfully steer the huge trailer out from the squeezy road without knocking into the two buildings.