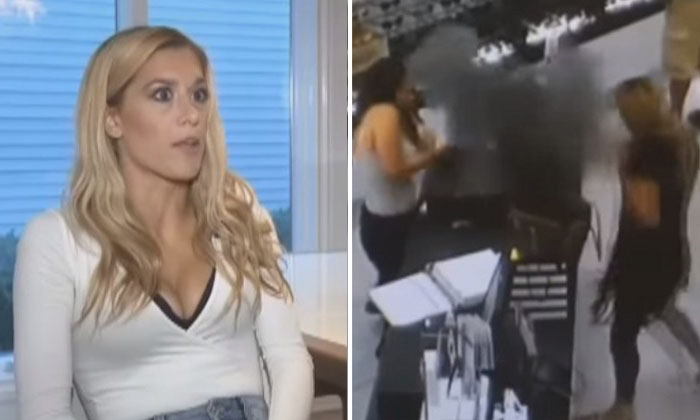 Shoppers at a mall in New Jersey were alarmed by a 'bomb scare' after a woman's bag exploded.

A CCTV video captured the incident, which turned out to be the woman's e-cigarette exploding in her bag.

A YouTube video uploaded by LiveStreamTVNews on Sep 14 shows what happened. Mara McInerney was at  Freehold Raceway Mall in New Jersey when her vape pen exploded in her $1,200 Louis Vuitton bag.

She was paying at the cashier when smoke started billowing from her bag.

"It kind of sounded like a gunshot," she said. “The whole bag was engulfed in flames."

She escaped injury but the experience left her terrified.

"First thing I heard was the bang, there was an explosion.

"Second thing, smoke in my face. And then before I knew it, my bag was flames.

"I had the battery in this pocket by itself, it exploded through the pocket, charred and melted everything in the bag."

McInernery said it could have been worse if the explosion happened in her car, where she keeps her bag on the back seat next to her daughter.