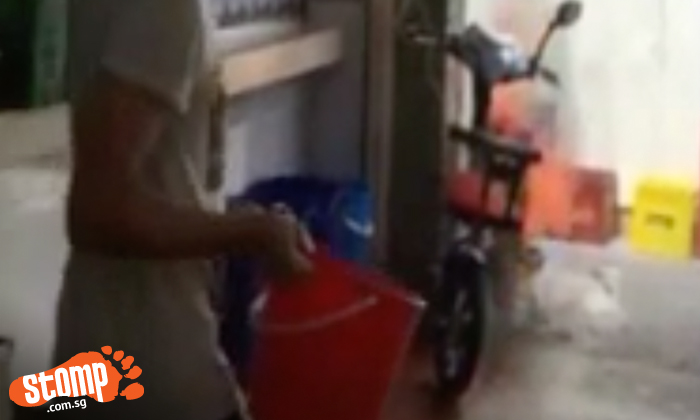 Stomper Bob was sitting at a coffee shop at Block 12 Telok Blangah Crescent yesterday (Sep 22) when he saw an electric bicycle go up in flames.

Bob said that it belonged to a stall owner who was charging it.

The incident occurred at around 11.20am.

In a video sent in by Bob, the stall owner can be seen putting out the flames.

According to the Stomper, a member of the public called the police and the owner of the bike was questioned. They also cordoned off the area.

"On Sep 22, SCDF was alerted to a fire at Block 12 Telok Blangah Crescent, first floor unit."

"We sent two firebikes and one Red Rhino."

"The fire involved an electric bicycle."

"The fire was extinguished prior to SCDF's arrival by members of the public."

"There were no reported injuries and the fire is under investigation."