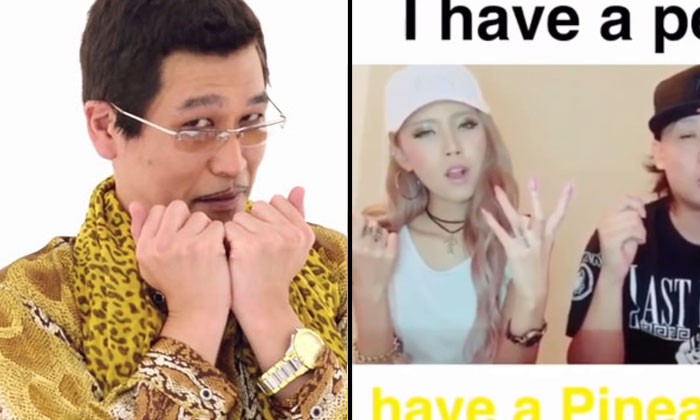 Looks like PSY has some competition because Piko Taro’s latest fruity hit “Pen Apple Pineapple Pen” (PPAP) is taking the world by storm.

If you haven’t watched the original video yet, don’t be surprised if you start dancing and singing to this for the next few weeks or so. Or maybe you’ll get so obsessed you’ll listen to the 8-minute version, the 10-minute version or maybe even just have it on replay forever.

We’re kinda confused as to why the song is going viral only after a month of its release, but we understand it does take some time to become an Internet sensation. Especially when it’s the very first video posted on the channel.

While PPAP has over 4 million views at the moment, PSY’s Gangnam style is still the most watched Youtube video since 2012, with over 2.6 billion views to date.

It might definitely take PPAP a while to reach that many hits but things are looking pretty good for Piko Taro because the song has spurred many (mostly japanese teenagers) to create their own parodies of the song and dance.

Thanks to them, uploading covers of this song has become a new trend.

Check out the following parodies, and maybe they’ll inspire you to make your own version!

Oh look, there’s a newly released remix version of the song too.