Paralysed from the neck down, he dialed for help using his tongue 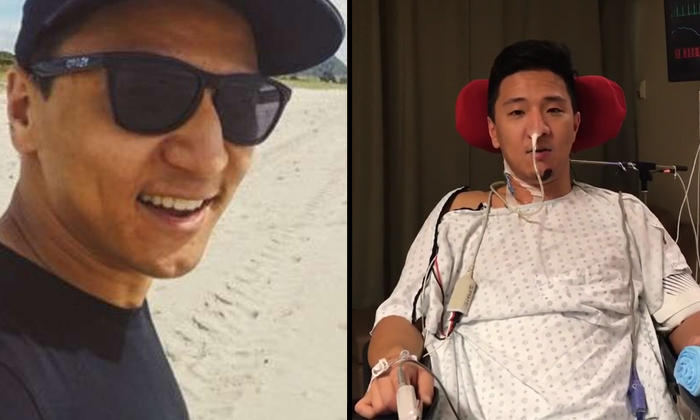 A former professional mountain biker found himself paralysed from the neck down after collapsing at home in Vancouver, Canada.

Feeling dizzy and experiencing numbness in his neck and limbs, Mr Andrew Cho, a Korean-Canadian, had left dinner with his friends early on Jan 6 and headed home.

The 29-year-old had no idea that a blood vessel in his spinal cord had burst, and it all came crashing down - literally - when he found himself lying on the floor.

With no one else to help him, he crawled using only his chin to his iPhone which had landed 25cm away, and activated the Siri voice command system with his tongue to call 911.

He is now recovering at Vancouver General Hospital after undergoing emergency surgery and has regained some mobility in his right side, according to Global News.

In a video posted on the campaign page, Mr Cho thanked his supporters: "I can't believe all the support that's come in from all around the world, so I just wanna say thank you to every one of you guys that's contributed to the campaign, and I plan on making a full recovery and getting out of here."