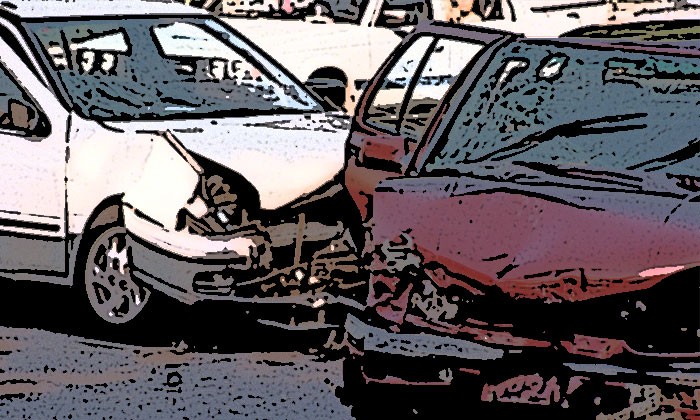 A delivery driver failed to keep a proper lookout ahead and hit a car in front of him along an expressway, seriously injuring a five-year-old boy.

The boy had to be hospitalised for more than 100 days and ended up being permanently paralysed on the right side of his body.

Lai Kum Tai, 40, was fined $5,000 and banned from driving for three years on Monday (Dec 19) for causing grievous hurt to the boy, who was seated in the back of the car, by doing a negligent act to endanger life along Seletar Expressway (SLE) at 6.09pm on June 11, 2014.

A second charge of causing hurt to the boy's mother, then also 44, was considered in sentencing.

The court heard that Lai was driving his car at about 80kmh along SLE that evening when he negligently failed to keep a safe distance. He was one car's length behind the victim's vehicle.

The impact caused the victim's car to surge forward and collide into a 44-year-old female driver's car in front.

As a result, the boy suffered grievous hurt and permanent paralysis in the right side of his body. He also had difficulties with walking.

He was warded for 100 days until Sept 19 that year. Three days later, he was re-admitted to KK Women's and Children's Hospital until Oct 17 that year for further treatment.

A neurological report of the victim showed that he suffered post-traumatic brain injury with right triplegia.

Lai's lawyer Anil Singh said in mitigation that this was an unfortunate accident that arose because of his client's momentary lapse in concentration.

He said his client, who is a now an Uber driver, had sufficient space to swerve to the left to take evasive action but was prevented from doing so due to a motorcyclist travelling close behind between the lanes.

He said that Lai, a widower, is supporting his teenage daughter and still repaying debts to banks.

District Judge Low Wee Ping told Lai that what he had done was tailgating and that he was fortunate not to have been charged with rash driving.

He said the injuries Lai caused to the boy, now seven, were significant. He hoped that the case would deter others from tailgating on expressways at such a high speed.

Lai could have been jailed for up to two years and/or fined up to $5,000 for causing grievous hurt by doing an act so negligently as to endanger life.