No hands but no excuses: Watch handicapped HK street artist make clay figurines like a pro 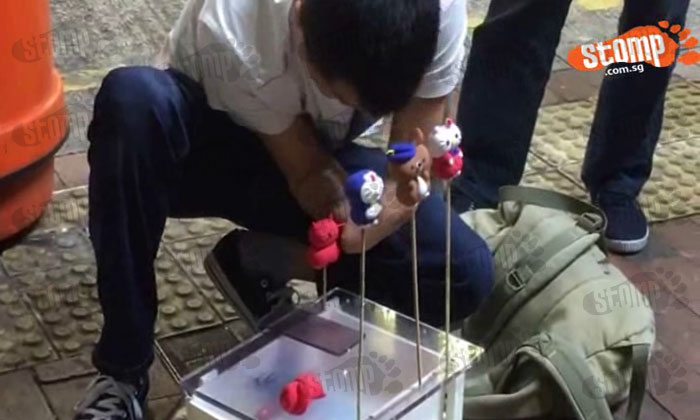 This man in Hong Kong is no regular street artist, despite not having hands.

Stomp journalists who were on an overseas assignment came across the unusually talented guy making clay figures at Sai Yeung Choi Street at around 8.30pm yesterday (Dec 1).

As seen in a video filmed by the journalists, he already had three cute figurines displayed in front of him: A Doraemon, a Rilakkuma and one Hello Kitty.

Meanwhile, he used several tools such as a stick and a flat board to construct a red and white Lucky Cat.

Members of the public were clearly in awe with his skill, as a crowd of around 15 people gathered around him. Some even went forward with donations to acknowledge his talent.

He was also incredibly polite as he bowed to everyone who was willing to spare him some change.

Talent? Or driven by a need to survive? Regardless, he is someone we all need to give kudos to.